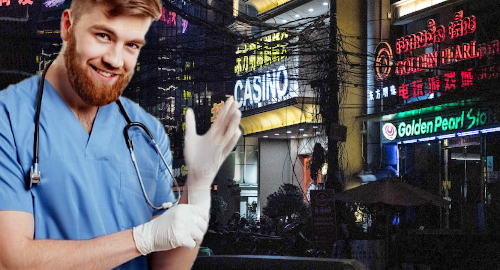 On Wednesday, Australian-listed casino operator Donaco International announced that it expected Cambodian government inspectors to visit its flagship Star Vegas casino in Poipet “within the next few weeks” to inspect the property’s COVID-19 health and safety protocols.

Like all Cambodian casinos, Star Vegas was forced to close on April 1 as a pandemic precaution. Earlier this month, the government announced that casinos could reopen once they’d secured the approval of Ministry of Health (MOH) officials. To date, only NagaCorp’s massive NagaWorld property in Phnom Penh has actually welcomed gamblers to its casino floor.

Donaco said it would update the markets when the MOH had completed its inspections but the company cautioned that, with Thailand yet to open its border with Cambodia, customer traffic at Star Vegas “will remain low” until the Thai government was satisfied that its COVID-19 situation was under control.

Donaco needn’t hold its breath. On Wednesday, the Thai government extended its state of emergency for another month to August 31, despite not recording a single new COVID-19 case for two months.

Meanwhile, officials in Preah Sihnouk province said Wednesday that 21 local casinos had requested permission to open their doors. Spokesperson Kheang Phearum said the provincial government’s hands were ties until the MOH performed its safety checks and gave each casino its blessing.

Sihanoukville’s casino market was decimated following last year’s surprise banning of online gambling, much of which was broadcast to Chinese gamblers from studios in Sihanoukville casinos. The announcement prompted a mass exodus of Chinese casino operators and staff, although local reports claim some of these ex-pats have begun drifting back in recent weeks.

The upheaval did offer increased flexibility to those operators who chose to remain in Sihanoukville. Earlier this month, Century Entertainment International (formerly known as Amax International Holdings) announced that it was shifting its VIP gaming operations at the Sunshine Bay Hotel to the newly opened Ming Guan Hotel after the Sunshine’s owner refused to renegotiate Century’s lease.