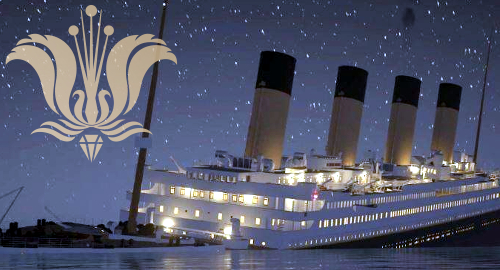 Saipan casino operator Imperial Pacific International (IPI) has finally named a new CEO after being threatened with the revocation of its gaming license if it didn’t find someone to occupy the executive hot seat.

On Monday, the Saipan Tribune confirmed that IPI had appointed its senior VP for security and surveillance Donald Browne as the company’s new chief executive. IPI’s senior VP for public affairs Tao Xing said Browne’s appointment was made official as of July 17.

Browne’s appointment came three weeks after Commonwealth of Northern Mariana Islands (CNMI) gambling regulators ordered IPI to announce a replacement for Mark Brown, who abruptly exited the CEO’s corner suite last December (for the second time), leaving the Commonwealth Casino Commission with no one to query regarding IPI’s mounting challenges.

Considering IPI’s status as a going concern is practically a day-to-day decision, it’s hard to see why Browne with an ‘e’ would want the job. Seriously, if IPI was a ship it would be named ‘Saipanic’ given that it appears almost guaranteed to suffer the same ignominious end as a certain doomed ocean liner.

IPI reportedly told its staff that Browne will help the firm achieve “the next level of growth and development under a reorganized structure.” The company has since offered details on how radical a reorganization it may be contemplating due to its well-publicized financial struggles.

The Marianas Variety reported that IPI wants to amend its business agreement with the CNMI to allow the company to invite “investor(s) and/or partner(s) or a management company or companies to participate in any of the construction, operation or in acquisition of ownership of any structure in any part of the initial gaming facility and/or the integrated resort.”

As an example, IPI cited a scenario in which the company could “separate the hotel from casino operation and sell the hotel portion to another company of its choice.” IPI’s Imperial Palace resort, which remains unfinished, was forced to shut down its gaming operations in March due to COVID-19 and IPI has expressed doubts that it will be able to reopen its white elephant without a major cash injection.

Meanwhile, CNMI politicians have drawn up subpoenas that would compel IPI to produce company records detailing its payment – or nonpayment – of millions of dollars into the Community Benefit Fund. Previous reports put IPI’s outstanding obligation to the fund at around $37m but legislators can’t seem to get straight answers from either IPI or embattled CNMI Gov. Ralph Torres.

The legislators also want to see records involving Torres’ financial expenditure and travel. Torres, who has denied being a recipient of improper contributions from IPI, had his office and home searched by FBI agents last November in a probe of suspected wire fraud, money laundering and conspiracy charges.