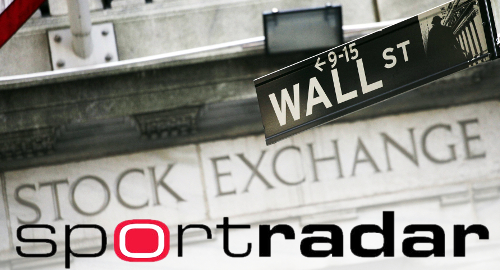 Sports data supplier Sportradar is said to be the latest betting-connected company plotting a public listing through a reverse takeover by an already listed firm.

On Wednesday, Brendan Coffey, a writer at sports business journal Sportico, reported that sources had informed him that Sportradar was “exploring plans to go public,” likely through a ‘special purpose acquisition company’ (SPAC) aka a ‘blank check’ firm that has already undergone the onerous initial public offering rigamarole.

Coffey had little other details to share and Sportradar’s management is reportedly not interested in furthering this discussion, at least, not publicly. The identity of Sportradar’s possible suitor is similarly unknown but whoever comes-a-courting better have some seriously deep pockets.

The Swiss-based Sportradar is (for the moment) privately held, so it’s not required to release its financial data for analysts to pick over every three months. But the sale of a minority stake in the company in mid-2018 put a $2.4b valuation on the company, and that was only two months after the US Supreme Court struck down the federal sports betting prohibition.

Since then, the US market has undergone a fundamental transformation, with wagering now legal in around 40% of the country. Sportradar also has partnerships with most of the major North American sports leagues, including an exclusive betting data deal with the National Football League, as well as tie-ups with major US-facing sports betting operators. And that’s not even addressing Sportradar’s extensive international footprint.

The US gaming sector’s SPAC fixation got a major boost last December when the Nasdaq-listed Diamond Eagle Acquisition Corp did a reverse takeover of betting operator DraftKings, leading to the latter firm’s highly successful publicly traded debut this spring.

More recently, Tilman Fertitta’s land-based casino firm Landry’s spun off the online casino operations of its Golden Nugget brand via a reverse takeover by another SPAC, Landcadia II Holdings. The Nugget’s public ride has so far been less dramatic than DraftKings, largely due to its current operations being entirely confined to New Jersey.