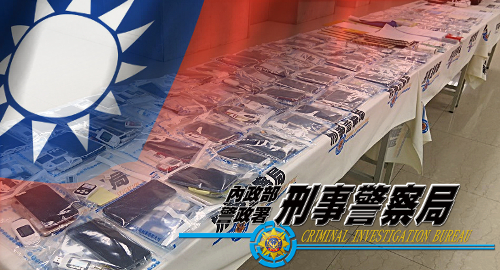 The group’s alleged ringleader reportedly recruited individuals on the Chinese mainland to open local bank accounts through which the online gambling payments could be processed. The Yi Digital business reportedly handled online gambling transactions worth over NT$10m (US$340k) per day over an unspecified period.

Yi Digital claimed to be managing operations for non-gambling gaming platforms but the authorities say they were actually supporting real-money gambling sites, including one operating under the name Macau Grand Lisboa.

The Grand Lisboa trademark belongs to Macau casino licensee SJM Holdings, which has at numerous times in recent years been forced to disavow any connections to sites using its trademarks without authorization.

While China famously doesn’t get along with Taiwan’s current government, authorities in Beijing will undoubtedly welcome the CIB’s efforts to combat unauthorized online gambling targeting mainland residents. Mainland officials have stepped up their crackdown on unauthorized gambling payment channels, part of a broader campaign against all ‘cross-border’ gambling activity.