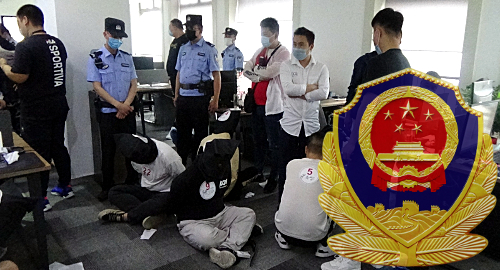 China’s anti-gambling crackdown has resulted in over 11,500 arrests and the seizure of US$32.4b in illegal gambling proceeds in the past four months.

The Ministry claimed to have ‘destroyed’ 368 gambling platforms, 148 criminal groups, 187 underground banks and ‘other financial institutions’ while closing over 27k bank accounts, resulting in the confiscation of RMB229b.

The Ministry is also investigating over 200 bank and regulatory staff for possible collusion with illegal gambling operators, while a ‘large number’ of gambling suspects have been put on the country’s blacklist for traversing China’s borders.

The Ministry cited 10 examples of successful crackdowns on both online and land-based gambling operations in foreign countries. These included a joint operation by Chinese and Vietnamese authorities in late April that disrupted an online gambling platform in Vietnam that recruited customers via WeChat while processing payments via Alipay recharge and bank transfers.

On Monday, Chinese courts held a hearing on another cross-border gambling case involving several ‘Mafia defendants’ accused of luring mainland residents to overseas casinos where they ran up major gambling debts and were detained until friends of family provided ransom money. The gang is allegedly responsible for the deaths of 46 individuals detained in this manner and at least two defendants have been sentenced to death.

China’s redoubled efforts to combat cross-border gambling have focused on payment processing channels, resulting in last week’s dismantling of a major ‘fourth party’ payment network that allegedly handled transactions worth $879m before the whip came down.

China is increasingly enlisting public support in aiding its crackdown, launching an illegal gambling snitch platform and offering cash incentives to citizens whose tips lead to prosecutions and convictions of gambling operators.