Home / Bitcoin / How to build a Bitcoin culture at work 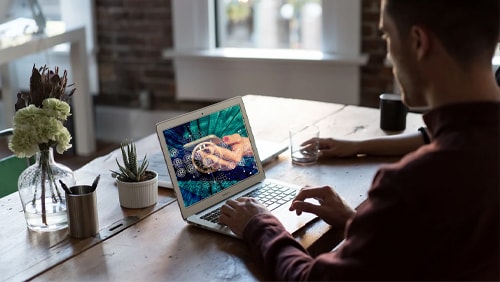 As Bitcoin gains broader adoption, and companies refine the apps and websites that service the digital currency, it’s going to be easier for customers to learn it and use for their every day activities, like gambling. But for the moment, we sit in that awkward space where Bitcoin SV already has several advantages over other payment options, but public awareness and confidence in it isn’t where it needs to be.

So what is a gambling company to do if it wants to start pushing it as a payment option? Listing it on site, providing detailed explainers, and offering deposits bonuses are all very solid steps. But in my experience, if you’re starting from scratch, the first thing you need to do is get a healthy amount of buy-in from your workforce, and that is a task in and of itself.

Luckily, in a past life, advocating Bitcoin adoption was precisely my job. So let me share with you some of the best practices and missteps I saw along the way.

Crafting your training to be as simple as possible

The reasons Bitcoin should be attractive as a payment option, and beneficial for the company, are simple. It works, its cheap to use, and its fast.

The academic reasons for why Bitcoin is each of those things, and why it is far superior to fiat currency, are much less interesting to the layman in comparison. The blockchain that Bitcoin is transacted on is fundamental to its nature, but the average user needs to know as much about a blockchain as he does about the minting process for coins. Similarly, Bitcoin being decentralized, peer-to-peer and traceable are all benefits to the operation in one way or another, but unless you’re talking to a person who’s into that kind of thing, their eyes will glaze over.

So your training has to emphasize Bitcoin as simply as it would any other payment option. For a gambling operation, what matters is that with modern digital currency wallets it’s become very easy to use, and massive blockchain scaling has it made extremely fast and cheap to use and spend.

While not everyone in the industry has found and investigated Bitcoin, many have, and a healthy portion have made it a hobby to learn as much as they can about digital currencies. If any of these people exist in your office, they should be the first ones you talk to about spreading Bitcoin awareness.

In our office, we saw two distinct stages of Bitcoin advocacy. The first was a very top-down, lesson driven stage. In class lessons and digital correspondence taught about the advantages of using Bitcoin, namely that its fast, cheap, private and secure, but translating that into how it was a gamechanger was still half-baked.

The second stage was when adoption really started to pick up. When several employees started to use Bitcoin in their daily lives, they couldn’t stop talking to others about how fast and cheap it really was. That started a domino effect amongst all of the workforce, increasing their affinity for the payment option, and their ability to advocate for it, both in their work and with customers.

If we would have started with empowering our champions first, we may have saved a bit of time when crafting training materials, as they could speak most naturally about what made Bitcoin such a great payment option. They could speak to others as friends and colleagues, rather than as bosses and trainers.

And here’s a tip if you want to generate a few new advocates really fast: make their Christmas bonus a Bitcoin bonus. We tried this several times with token amounts, but later found out that many employees never bothered with it because the amount was too small. But when the amount was significant, people learned how to use Bitcoin really fast, and learned to like it quite a bit.

Make it a priority

Assuming your gambling operation has other payment options, players may default to the ones they are comfortable with until they no longer work. And in the customer service setting that we were in, agents were happy to let them so they could move on to the next email, call or chat.

For the agent, that makes perfect sense. Their job performance is often measured by the length of their interaction and customer satisfaction. In comparison, upselling someone on Bitcoin can seem daunting, difficult and contrary to every natural instinct they’ve developed over the years.

In our experience, Bitcoin went nowhere for those very reasons until we made it very clear that it was the single biggest priority to the company to push its adoption. But when it did, things changed.

At the top levels of the organization, Bitcoin became a factor in Objectives and Key Results (OKRs). From that, it cascaded all the way down to the employee level and made a part of their monthly evaluations.

Of course, we hit some bumps along the way. Telling agents they must offer Bitcoin simply isn’t enough, as it comes across as a half-hearted offer to a customer already dissatisfied with their options. But when the agent knows they will be judged on their ability to sell it as an option, their tone changes, and they begin to make it their priority to learn and offer the option.

And investing in their ability to sell matters too. Going back to the first point, make sure they are well trained on the top selling points of Bitcoin so they can talk about it. And get them some upselling training and materials so they don’t feel lost when they have to do so.

Bringing it all together

If you want your employees to be advocates for Bitcoin because its in the best interest of the organization, you need each of these elements to help them be successful at it. And each part works with the others to guarantee success.

Start by putting well crafted and easy to understand training materials in front of them that emphasize why Bitcoin is good for them personally, the organization as a whole, and the players that are coming in. Encourage those who take to this new knowledge so they can start reinforcing those lessons and spreading them through the office. And make it part of the job’s expectations, so everyone knows your serious.

If you do all of this, you’ll quickly see Bitcoin become a key part of your organization’s success. Soon, you’ll not only have employees who love and advocate for Bitcoin, but a player base who’s ready to spend it.