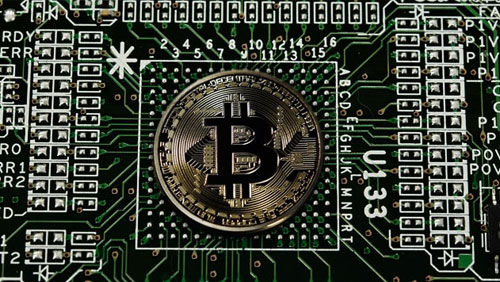 This is a guest contribution by Jon Southurst, a writer with CoinGeek.com. Bitcoin SV is breaking records, and its ability to massively scale means new possibilities, and cheaper fees. This article first appeared on CoinGeek.com.

Bitcoin has been breaking more records—the last 48 hours has seen two of the largest transactions ever processed. The two transactions, which saw two high-definition photos recorded forever on the Bitcoin SV (BSV) blockchain, were 5.8MB and 9.74MB.

Those size figures are for single transactions, not blocks. Not so long ago, even blocks of that size would’ve made headlines.

Though more proof-of-concept than practical (for now), the transactions show the promise Bitcoin BSV offers for blockchain-based content and data storage. This will eventually lead to the Metanet, a more permanent and indexable version of today’s internet with a built-in digital economic/payment structure.

Developer “Libs“, who oversees the BitPaste project, announced the records on Twitter, breaking one record with the first picture showing a flowery field:

Just had it pointed out to me that this TX is currently the largest single TX in BitCoin’s history. By quite a margin!https://t.co/GEWUS8AC3V

Libs then followed up with another, larger, image of almost 10,000 galaxies taken in 2003 or 2004 by the Hubble Space Telescope. It broke the previous record.

1. Take a 28MB version of the Hubble Ultra Deep Field.
2. Put it in a TX and give to miners.
3. Get told to bugger off.
4. Gradually reduce size of photo and repeat.
…
10MB is todays limit. (& only @TaalBlockchain accept that size)https://t.co/VKJ8xNJeku

As a comparison, the current average transaction fee on the Bitcoin Core (BTC) network is US$2.40. In the past month that average fee has been over US$6.40. Those are fees for everyday financial transactions, too—and don’t even think about uploading a 5 or 10MB image to BTC, since whole block sizes are limited to 1-4MB.

Per Libs’ second tweet, it was a deliberate attempt to push transaction processing to the limits currently available. They also noted that TAAL is the only processor willing to accept a 10MB single transaction, making it possible the “Unknown” miner was actually TAAL.

Though these two transactions demonstrate Bitcoin’s technical capabilities, it’s probably not a great idea to try uploading high-def images to the blockchain en masse, at least in single transactions. You can still do this using a service that spreads the image over several transactions or compresses the image (BitPaste, Twetch, Weiblock, to name a few).

Bitcoin is certainly designed to handle that kind of material and volume. But processors are still building their operations and researching what kinds of services they’ll need to provide. Eventually, different processors will professionalize and standardize their services for different needs. Maybe a service uploads millions of transactions worth of data in small transactions (like WeatherSV) or is built to upload whole, larger files like images and HD videos.

Processors like TAAL and Mempool would like to consult with developers building services to discuss what’s possible, at what cost, and with what service level guarantees. Doing so will provide all participants with a better (and more stable) idea of the services they can offer.

This is all part of Bitcoin’s vision and model: a network that can handle data of any size and volume, from enterprise and government level down to experimental projects. The fees charged will supply profits to the processors who are investing time and money building Bitcoin’s infrastructure. Those processors will also build professional reputations based on past performance, encouraging more to come on board.

The old days of simply setting up “mining” machines and generating profits from block subsidies are over. Today’s records are just a sign, but an important step along the road to an entirely new economy.