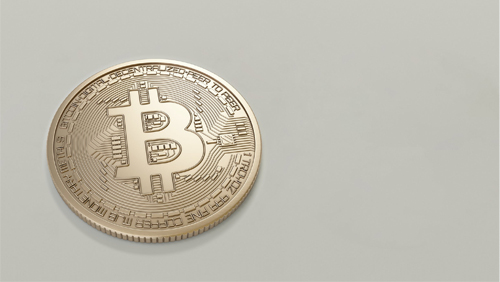 The concept of provably fair gaming, recorded immutably and transparently on the blockchain, has been around for a few years now, but may not yet be fully understood by the gambling industry. On May 12, the Bitcoin Association hosted nChain researcher, Chloe Tartan, who delivered a webinar on the topic, walking through the history of the concept, its meaning to iGaming, and explained some of the more tricky aspects of the concept.

Tartan began by noting that Bitcoin has been used for iGaming since 2014. That followed closely off of a 2013 survey that revealed players wanted more proof that their online gambling options were on the level.

So what is provably fair gaming, and how does it work on the Bitcoin SV (BSV) blockchain? She noted that there are a few definitions of the concept. First would be a game that publishes the initial and final states of a game, allowing the customer to use third party verification to verify the game was fair. A second definition involves all states of the game being published, something which may be more difficult for gambling to pursue, as they wouldn’t want to give away the whole shop.

Bitcoin SV (BSV) has now reached a stage where it is the perfect network to host provably fair games. It has moved away from a focus on electronic cash, expanding to allow unlimited scalability, while keeping the blockchain secure, stable and efficient.

She gave two examples of companies already achieving this using BSV. Bitboss, which offers bridge technology for casino games, shows their game is fair by allowing player to reproduce results on third party websites. Kronoverse, which is building esport products with built in gambling features, records all of their results on the blockchain, visible to the player.

But how do you do that on the BSV blockchain. With Bitboss’ example, the client, once they’ve verified their identity with an Oracle, submits their identification key and their public key to the game server. That server then takes their bet, and generates a result by creating a formula from the public key, and their private game math. The client then wins or loses and is paid out by a smart contract, but can submit the same public key they used to generate the result to a third party site, which then using the shared private game math of Bitboss, can recreate the result for the client, proving it was fair.

This concept can be used across all games which involve a random number generator, like raffles, lotteries and slots, but also for card games like poker. The only change is in creating public or private keys for each card generated, rather than for a single result like a raffle.

The benefits of this setup, specifically in using the BSV blockchain, are many. Costs are reduced by using lightweight servers, because rather than hosting all of the results on a private database, everything can be cryptographically written to the blockchain. The entire tech stack gets much smaller and more manageable, because using automation, smart contracts, and combining transactions with game math, BSV takes care of almost everything involved with the game.

This is also attractive to the player, and to regulators, as the entire thing is verifable and auditable. Tartan noted that this can mean an increase in player actvity, meaning more revenue as well.

The entire discussion went into much more technical detail, and raised the possibilities that these features could go far beyond what was discussed. But the bottom line is that while these features can be accomplished on many blockchains today, they can only realistically be implemented on Bitcoin SV, as no other blockchain can scale to the needs of a profitable business enterprise.