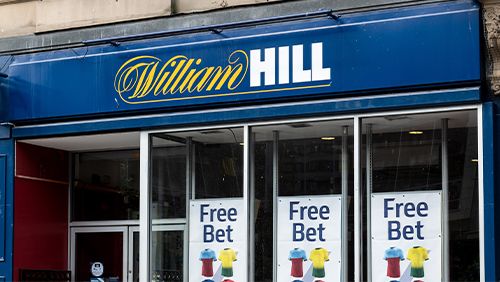 The global impact on the gaming industry as a result of the coronavirus has been severe, and companies everywhere are scrambling to launch recovery efforts. Sports activity has started to see a soft relaunch, and the tentative return to action by major sports organizations like the NBA and MLB should help sportsbooks start to generate revenue. However, it’s going to be a long journey that will require companies to continue to make adjustments, and William Hill is initiating a plan that it hopes will help it reduce its losses. The company is planning on combining its online and retail operations in the U.K. in a move that will help save money and see the sportsbook bounce back sooner.

Racing Post reports that Phil Walker, William Hill’s current managing director of online gambling, will now run the retail show, as well, as the sole director of the company’s U.K. market division. Nicola Frampton, who has led the retail division, will step down, but both executives will work together for the next six months as the sportsbook makes the transition to its new structure. By the time the six-month period is done, Walker should be up to speed with everything his retail counterpart has been doing.

It isn’t clear what lies ahead for Frampton, but he seems to be taking the news in stride, at least externally. He states, “It has been an absolute privilege to lead the retail team at William Hill. Our shops play a vital role in our success and I look forward to working with Phil on a handover plan in the coming months.”

Now that there are more options with things like the English Premier League and Bundesliga, William Hill is going to pack its schedule with as much action as possible. If the NBA, NHL and MLB are able to get their seasons relaunched this month as planned, it will enable even more coverage, facilitating an easier transition back to the plus side. The UEFA European Championship, which had to be rescheduled because of COVID-19, will also play an important role in William Hill’s recovery.

Ulrik Bengtsson, the CEO of William Hill, apparently doesn’t want to let Frampton go, but business is business. He explains, “We will be immensely sad to say goodbye to Nicola Frampton when the time comes. Nicola has been with William Hill for ten years and has been a driving force on the executive team as well as being instrumental in reshaping and transforming our retail business.”

In an effort to help it weather the coronavirus storm and get back in the game, William Hill just picked up about $250 million last month. That injection of money came through a share offering and follows a more than 50% decline in group revenue at the company through the first week of June. Online international activity has been the savior, allowing William Hill to at least keep its losses from being much worse.