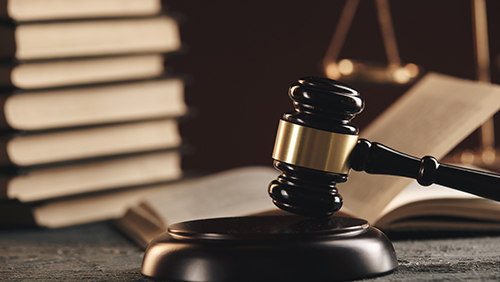 The Drew Las Vegas was going to be a fresh face on the Las Vegas landscape, something completely different to attract gamblers and tourists. Everything seemed to be running smoothly – the money was reportedly in place, construction was underway and a Vegas heavy hitter, Bobby Baldwin, was tapped to lead the show. However, when the project’s developer, Steve Witkoff of the Witkoff Group, suddenly appeared to have come up short on payments by a couple billion dollars, there appeared to be a little trouble in paradise. Contractors began filing claims to recover around $36 million they were owed and there is now a new list of people looking for their money. Five executives who were let go after The Drew’s plans fizzled are suing to receive the money stipulated in their contracts, but they’re going to have to get in line behind everyone else.

As the coronavirus took its toll on Las Vegas, The Drew suffered, as well. As a result, the five individuals were let go under less-than-adequate conditions. According to the Las Vegas Review-Journal (LVRJ), the quintet was known to Baldwin and were “aggressively recruited” to participate in the project. They were offered nice salaries and guaranteed bonuses and their contracts included language that would see four of them be paid the full amount of their four-year contracts, no matter what (the fifth executive was given a one-year guarantee). The only exception allowed would be if someone were fired for cause.

However, Witkoff may have tried to bend the rules a little as The Drew’s future began to dissolve. He apparently walked back his agreement with plaintiffs Paul Berry, Robert Mancari, Farid Matraki, Michael Peltyn and Michael Tozzi and tried to offer them just two months’ severance. This, according to an agreement sent to each from the company, would only be made if the executives agreed to not file any claims against the Witkoff Group. That apparently didn’t work.

The lawsuit was filed this past Monday in Clark County, and calls out Witkoff; son Alex, who serves as the executive VP of development at the Witkoff Group; Baldwin and The Drew chief financial officer Chris Nordling. Attorney Adam Levine will be in the plaintiffs’ corner and attorney Paul Trimmer will be in the defendants’ corner. Trimmer said in an email to the LVRJ yesterday, “The lawsuit has no merit. We intend to defend against the claims vigorously when we file our response with the Court. We otherwise have no comment.”

Peltyn and Tozzi were working for another under-development Vegas project, Resorts World Las Vegas, when they were stolen with promises of great things coming. Matraki was reportedly involved with MGM Resorts International and Berry had been VP of hotel operations for Sunseeker Resorts. The fifth plaintiff is described as a “whale hunter” who is now hunting his own future, hoping to land a job with Eldorado Resorts that might be tied to the casino operator’s merger plans with Caesars Entertainment.