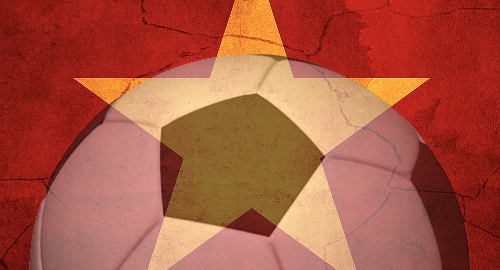 Vietnam plans to expand the product range of its proposed legal football betting market in a bid to convince local bettors that the state-approved operation won’t be a complete waste of time.

In 2017, Vietnam approved a plan for a five-year trial of legal wagering on horseracing, dog racing and football, with the latter limited to international matches overseen by global body FIFA. Since FIFA competitions only happen every couple years, this left serious gaps in Vietnam’s legal betting calendar, leading the government to propose adding other major football events in 2018.

The government is also considering allowing punters to place bets over the phone and fund their wagering via e-wallets and prepaid phone cards. At present, the plan would allow bettors to wager only at betting terminals in retail outlets via direct bank transfers.

The government also appears willing to tinker with the restriction capping individual punters’ maximum daily wagering at VND1m (US$43). The Ministry of Finance is reportedly liaising with other government branches on whether to adjust the minimum and maximum allowable stakes.

The strict parameters of Vietnam’s proposed betting trial have yet to entice any bookmaker — local or international — to apply to operate in the country. Late last month, the Ministry of Finance was forced to issue a statement rebutting a private company’s claim that it had been issued a legal football betting license by Vietnamese authorities.

Surveys have shown the Vietnamese public is more than willing to wager with a government-approved option, but only if it isn’t completely useless. Meanwhile, Vietnam’s unauthorized sports betting market continues to thrive despite (or because of) the government’s legalization efforts, partially because it has yet to embrace the idea of legal online wagering.