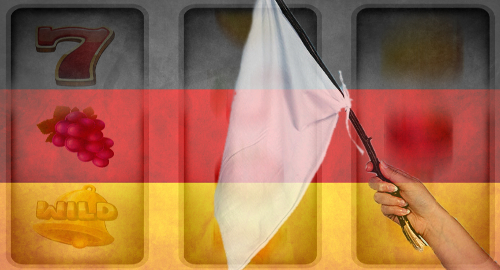 On Monday, Renatus Zilles, CEO of the German Association for Telecommunications and Media (DVTM), announced that a Darmstadt Administrative Court proceeding involving the Darmstadt Regional Council and a ‘private gaming provider’ had been suspended at the mutual request of both parties.

The unidentified operator and the Council reportedly sought this truce in order to arrive at “a mutually acceptable and constructive solution for designing a transitional regulation” before Germany’s new regulated online market takes effect on July 1, 2021. As a result, “no enforcement measures” will be taken by the Council “during the rest of the proceedings against the gambling provider involved.”

The Council has been tasked with issuing online gambling permits under Germany’s latest State Treaty on Gambling, which will not only authorize online sports betting but also casino and poker products for the first time. One year ago, the Council issued instructions to prospective online applicants to shut their German-facing online casinos ahead of the regulated market’s launch.

While some operators complied with the Council’s edicts, others were less enthusiastic, relying on the online casino licenses they were issued by the state of Schleswig-Holstein. The legal question of whether these licenses allow operators to accept customers from other German states remains a hotly disputed matter.

Germany’s newest treaty seeks to impose a number of dodgy restrictions, including a maximum stake of just €1 for online slots, strict limits on in-play sports wagers and requiring customers to hold a separate account for each gaming vertical. Meanwhile, an Austrian bookmaker managed to convince a court that the licensing process lacked transparency, injecting further uncertainty into the regulatory process.

Earlier this month, the DVTM’s Zilles responded to these payment disruptions by accusing Lower Saxony of ignoring the new Treaty, as well as the Telecommunications Act, the General Data Protection Regulation and European Union law.

Zilles demanded that Lower Saxony abandon its financial intimidation tactics or else bear “full responsibility for the economic and social damage” from forcing German punters to seek out sketchy Curacao-licensed online casinos rather than the upstanding firms patiently waiting for the country to get its act together.

In a local media report last week, Zilles went further, accusing not only Lower Saxony but also the states of Bremen, Brandenburg, Hamburg and Mecklenburg-Western Pomerania of showing a lack of interest to “constructively prepare for the implementation of the new state treaty on gaming.”