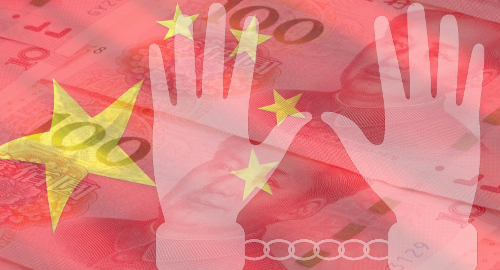 On Thursday, authorities in the city of Xiamen announced the arrests of 146 individuals suspected of providing payment processing for internationally based gambling sites, a sector that Chinese authorities have identified as a new focus of their ceaseless anti-gambling efforts.

The Xiamen police reportedly began investigating the payment platform in May. When a gambler wanted to fund his/her account, the gambling site would send the customer’s information to the payment platform, which created fake invoices for online car rental services or something equally innocuous.

Once this bill has been created, a QR code was sent back to the gambling site, which displayed the code for their customer to scan, thereby confirming the payment and ensuring the transfer of funds to the gambling site. The payment platform reportedly received a commission of 1-4% for this service.

A total of 581 police officers from Xiamen and several other cities raided the operations various offices on June 10, and Xiamen authorities claimed the number of suspects arrested was the largest swept up in any single investigation. Police claim the ring processed fraudulent transactions worth a staggering RMB6.23b (US$879m) over an unspecified period.

China has stepped up its anti-online gambling efforts this year, and so busts like this will likely only increase in both frequency and scale. China has also launched a new online gambling snitch platform, while one province is trialing a cash-for-clues system to encourage citizens to embrace their inner fink.

Among the 95 individuals swept up in the raids were the alleged ringleader and his wife, who both face charges of gambling, fraud, money laundering and organized crime. The ring reportedly handled gambling funds totaling NT$2b (US$67.6m) over an unspecified period.

The CIB said the group identified likely customers online, then convinced them to download one of a number of bespoke online gambling apps. However, the CIB said that while the gang was very good about collecting cash up front from its gamblers, it proved far less enthusiastic about paying out winnings.