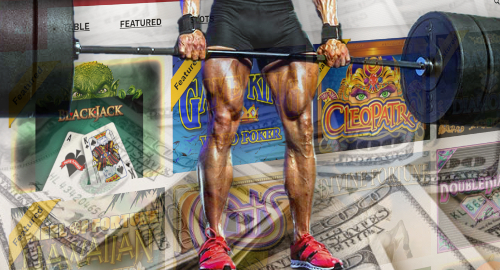 Pennsylvania’s online gambling revenue continues to take some of the sting out of the state’s shuttered land-based casino market.

Figures released Tuesday by the Pennsylvania Gaming Control Board show the state’s online gambling licensees generated revenue of just over $55.8m in the month of May, up 30% from $43m in April, which was the first full month of pandemic-related casino closures.

May’s revenue total was more than twice the $24.3m the state’s online casino/poker licensees generated in March of this year (and the state’s cut of May’s revenue was just under $24m thanks to its absurdly high slots tax rates). However, few will be able to overlook the fact that May’s overall revenue figure was 79% below May 2019’s total, back in those halcyon pre-cootie days.

May’s online slots revenue totaled $38.8m, up from $27.3m in April, while table games improved by $1.9m to $12.4m. The state’s lone online poker operator (PokerStars/Mount Airy Casino) reported revenue of $4.6m, down from a record $5.25m in April. Interestingly, New Jersey’s online gambling market also posted an online poker record in April and a slight decline in May. (Like Homer Simpson, it appears poker players have only just remembered how boring this game is.)

Rivers Casino Philadelphia maintained its online casino revenue crown with $17.6m, of which $15.1m came via slots. Mount Airy ranked second with $10.9m, while third place went to Valley Forge Casino Resort with $8m, although the two sites affiliated with Penn National Gaming – HollywoodCasino.com and DraftKings.com – combined for a total of $9m in May.

The state’s sports betting market was also entirely online in May and was also still struggling from the lack of marquee sports events. But revenue rose from $2.9m in April to $4.8m in May, while handle was up over $31m to $77.5m.

June’s figures will once again feature some brick-and-mortar gaming revenue, as three casinos – Rivers Casino Pittsburgh, Meadows Racetrack & Casino, Lady Luck Casino Nemacolin – have since reopened their doors with a limited gaming offering, and three more are expected to do the same in another week or so.