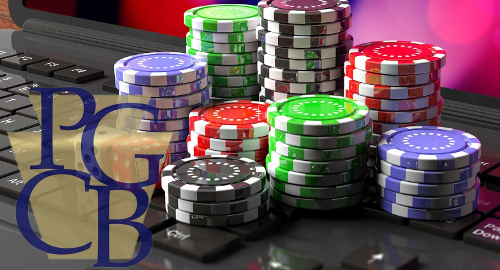 Pennsylvania’s gambling market took it on the chin in March following the closures of the state’s casinos due to the COVID-19 pandemic.

Figures released Thursday by the Pennsylvania Gaming Control Board (PGCB) show overall gaming revenue of $153.5m in March, down 51% from the same month last year and 49.5% below February 2020’s total.

Some Pennsylvania’s casinos began to voluntarily shut their doors in early March to minimize further spread of the coronavirus and all 12 casinos were closed by mid-month on the PGCB’s order. As a result, all 12 casinos reported double-digit revenue declines last month, although some fared significantly better than others.

Parx Casino led all comers as usual with overall revenue of $26.2m, a year-on-year decline of 54.7%. Rivers Casino Philadelphia ranked second with $21.1m, falling a comparatively modest 26.6%. The smallest decline was experienced by Valley Forge Casino Resort, which dipped only 10.7% to $12.1m.

ONLINE CASINO, POKER GAINS
Online casino and poker revenue hit $24.26m, up nearly one-quarter from February, although it’s a significantly smaller rise than the 65.6% improvement that New Jersey’s more mature online gambling market reported in March. Most of the gains came via online slots ($12.35m, +28.6%), as table games rose only around 10% to $8.8m.

The poker contribution allowed Mount Airy to rank second on the state’s online casino chart with just under $6m, behind only Rivers Philadelphia’s $6.75m. Valley Forge ranked third with just under $5m.

SPORTS BETTING
The state’s sportsbooks enjoyed no such outsized gains, hindered by the suspension of most live sports events. Statewide betting handle was down three-fifths from February to $131.3m, of which $118.3m was wagered online. Betting revenue totaled just under $6.9m, an improvement over February’s $4.7m, which suffered from a below-average hold. All but around $658k of March betting revenue was generated online.

The Valley Forge/FanDuel combo had a vice-grip on both betting handle ($54.5m) and revenue ($2.72m, all of which came online as the retail book lost $40k). Runner-up Meadows Racetrack & Casino and its DraftKings partner reported handle of $29.2m and revenue of $1.47m despite its retail book losing $52.7m.