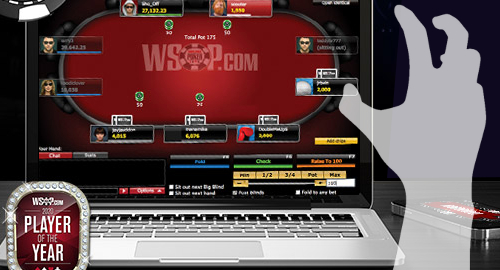 New Jersey’s regulated online gambling market defied the COVID-19 pandemic by setting yet another revenue record in the month of March, with a particularly strong showing from the beleaguered online poker vertical.

The outsized gains were made possible by the closure of the state’s land-based gambling options, including Atlantic City’s nine casinos and three state racetracks, on March 16 as the local government attempted to minimize further COVID-19 transmission.

Online poker’s resurgence will likely last only as long as the land-based poker options remain shuttered, but it is somewhat fitting that the news of poker’s ‘not quite dead yet’ status was released on the ninth anniversary of the Black Friday online poker indictments.

The Golden Nugget retained its online casino crown with a staggering $23.3m in revenue last month, up 63.8% year-on-year and more than triple its land-based gaming revenue of $7m. Resorts Digital ranked second with $13.5m, ably assisted by $1.16m in poker revenue from its PokerStars partner.

The Borgata family of sites ranked third with $12.2m but claimed the month’s biggest year-on-year growth with 124.6%. Caesars Interactive Entertainment placed fourth with $6.65m (+29.6%) but won the online poker crown with $1.64m (which was only $150k below February’s market-wide poker revenue).

SPORTS BETTING SLUMPS
Online sports betting couldn’t compensate for the lack of sports on which to wager, resulting in March’s wagering revenue falling 58.4% year-on-year to just under $13.2m. The month’s betting handle totaled $181.9m, down 63.2% from February’s total.

The Meadowlands/FanDuel combo retained its wagering revenue crown with $5.9m, but the Resorts Digital/DraftKings pairing wasn’t far back with $5.13m. The Monmouth Park/William Hill tandem was a distant third with $849k.