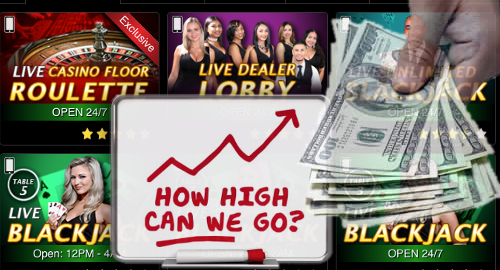 Typically, online poker was little help in setting this new record, as its monthly revenue tally dipped 2.7% to $1.83m, although that’s $100k better than December’s total. The online casino segment was in its usual fine form, shooting up more than two-thirds to $53.25m.

Also as usual, the Golden Nugget’s market-leading online casino led all comers with an astounding $21.2m in January, around $9m higher than January 2019 and smashing last November’s previous Nugget-best of $18.9m. Among the online sites sharing in this bounty were Flutter Entertainment’s BetfairCasino, Rush Street Interactive’s PlaySugarhouse and Churchill Downs Inc’s BetAmerica.

Runner-up Resorts Digital Gaming reported a solid $11.9m in January revenue, although that was slightly below its December record of $19.5m. The online poker operations of The Stars Group’s PokerStars brand, which piggybacks on Resorts’ online license, contributed $635k to January’s total.

Third place went to the Borgata family of sites, which set a new record in January with just under $10.4m, beating its previous record of $9.23m in December. Poker contributed nearly $479k to the total.

The Tropicana’s casino-only sites ranked fourth with $4.36m, narrowly edging out Caesars Interactive Entertainment’s $4.23m. CIE managed to hang on to its online poker crown with over $718k in January.

The Hard Rock Atlantic City, whose online operations include both Bet365 and Unibet, had a solid if unspectacular January with $2.46m, while the Ocean Casino Resort brought up the rear as usual with $531k, although that was five times the sum the Ocean collected in December.

New Jersey’s regulated online market generated total revenue of $482.7m in 2019, a 61.6% rise over 2018’s result, but if January’s results are any indication of what the current year has in store, buckle up.