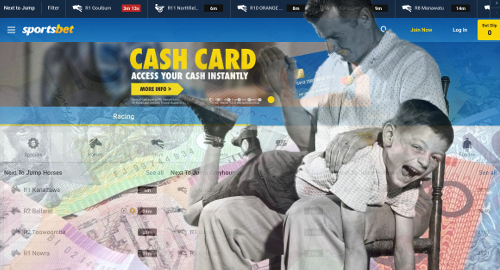 Australian online sports betting operator Sportsbet has been ordered to refund AU$93k (US$64,630) to a customer who was allowed to bet despite having signed up to exclude himself from accessing the site.

The Northern Territory Racing Commission (NTRC), the regulator of choice for Australia’s online sportsbooks, recently issued a ruling regarding a punter identified only as Mr XXXX, a self-described problem gambler who tried to protect himself from further harm by adding his name to gambling self-exclusion lists for a number of sites, including Sportsbet.

However, when XXXX tried to open a Sportsbet account several months later, the company’s systems failed to detect the man’s presence on the self-exclusion list, in part because he’d never dealt with Sportsbet before. XXXX went on to bet nearly AU$150k with Sportsbet, losing around three-fifths of that sum.

Mr. XXXX told ABC News that he filed a complaint with the NTRC because he’d lost “a hugely significant amount of money and that has had a financial impact and on my mental health” and so he “just wanted to make [Sportsbet] accountable.”

The NTRC said it was “satisfied that Sportsbet did not have at the time appropriate self-exclusion facilities and procedures in place to allow persons to self-exclude.” As a result, the NTRC concluded that Sportsbet had “failed to comply” with its license conditions and ordered the site to refund Mr. XXXX’s losses.

Despite getting his money back, Mr. XXXX said he felt the NTRC needed to add a little sting to ensure operators are less inclined to make similar mistakes in the future. He claims not to have gambled in the last three years but still struggles to ignore betting marketing efforts.

Sportsbet, a division of UK-listed gambling giant Flutter Entertainment, said it accepted the NTRC’s findings but added that it had “proactively evolved our internal procedures since the case was first identified a number of years ago.”

Sportsbet also said it would continue to work with the government and betting industry on the proposed National Self-Exclusion Register. That national program is scheduled to make its debut next year as part of the National Consumer Protection Framework, a uniform set of 10 minimum standards for the country’s online bookmakers.

WIN SOME, LOSE SOME

Sportsbet emerged slightly less bruised from another NTRC ruling in which a customer known as Mr. S sought a refund of AU$31,318 based on his belief that Sportsbet should have known that he had a dodgy financial history at the time he opened his betting account.

The NTRC ultimately concluded that Mr. S was entitled to a refund of only AU$1,350, but the NTRC imposed a financial penalty of AU$13,345 on Sportsbet for ignoring certain red-flag behaviors of Mr. S, including multiple account closures and re-openings.

The NTRC took particular issue with Sportsbet offering bonus bets to Mr. S after some of these account closures, which the regulator viewed as improper inducements to gamble.

On a more positive note (for the company, anyway), Sportsbet emerged completely unscathed from a complaint filed by a Mr. M who lost a whopping AU$157,888.19 in-play tennis wager. Mr. M confirmed the bet, which under Australian regulations must be taken over the phone, without checking whether the wager was eligible for the site’s Cash Out facility.

Nine minutes after confirming the bet, Mr. M called back to check if the wager was Cash Out-eligible, and was told it wasn’t. Sportsbet told the NTRC that all wagers on its website are either marked with a Cash Out icon or they’re not, and that Mr. M had used the Cash Out option on previous occasions and therefore would have been familiar with these standards when he placed the bet.

A recording of the call showed that after being told that his wager wasn’t eligible for Cash Out, Mr. M told the Sportsbet rep: “Okay. No worries.” But Mr. M was soon back on the phone, arguing that his bet should be eligible, but Sportsbet declined because he’d confirmed the bet over the phone. The NTRC ultimately sided with Sportsbet.