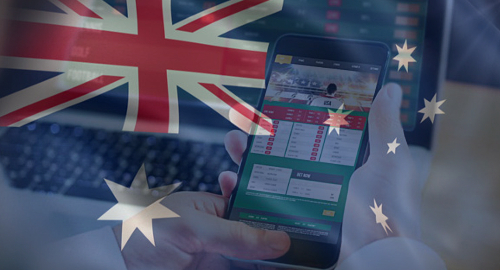 On Thursday, the Sydney Morning Herald quoted Social Services Minister Paul Fletcher saying that every Australian state and territory had now signed on to the new National Consumer Protection Framework, which will impose a uniform set of 10 minimum standards for the country’s online sports betting operators.

The framework has been in the works for years but the state of Queensland was, until this month, the lone holdout, as it was working on its own problem gambling framework. With Queensland now on board, the framework will be implemented nationwide over the next 18 months.

Among the most important features of the new framework is the ability for problem gamblers to self-exclude from all online betting operators with a single click. Bettors will also have the option to pre-commit to wagering and deposit limits.

Stephen Conroy, who heads up the Responsible Wagering Australia industry association, worked with the national government to develop the framework. Conroy claimed the “landmark” reforms would “solidify Australia’s place as a leader in social responsibility in wagering.”

ANZ BANK CAPS ONLINE GAMBLING CREDIT CARD SPENDING
Meanwhile, Australia’s third-largest bank has introduced a new problem gambling policy that will limit its customers’ ability to use their credit cards for online betting. As of December 3, the Australia and New Zealand Banking Group (ANZ Bank) will limit cardholders to 85% of their current spending limit when using their cards with Aussie-licensed online bookmakers.

ANZ Bank CEO Shayne Elliott made the announcement at a Thursday meeting of the banking royal commission, saying that the bank wanted to impose a ‘speed bump’ to ensure gamblers had “some ability and flex in their cash flow for normal expenses.”

Elliott compared gambling to alcohol intake, saying people were prevented from buying more hooch if they were in an obviously inebriated state. “We tried to apply those principles here to provide some level of protection to customers so they would not get themselves in harm’s way by using our products perhaps irresponsibly.”