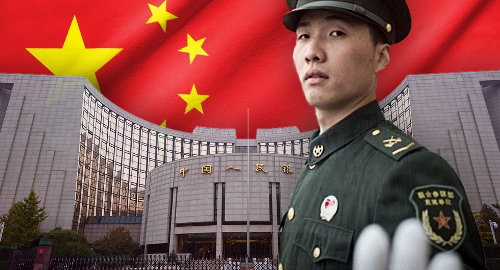 Late last week, Chinese state-run media reported that the People’s Bank of China had convened a meeting with several other government departments to “study the deployment of measures” to combat “cross-border gambling financial supervision and resolutely cut off the cross-border gambling capital chain.”

Attending this meeting were representatives from the Ministry of Public Security, the General Administration of Customs, the Banking and Insurance Regulatory Commission, and the Foreign Exchange Bureau.

The announcement was vague on specifics, but did say the government would “seriously hold accountable the principals of licensed payment services” if they were found to be violating rules on customer identification, large and suspicious transaction reports, and account cash withdrawal identity verification.

Online gambling, or at least, the public relations campaign against it, appears to have become a new priority for the government this year, and payment processing plays a major role. The People’s Bank recently released a ‘draft for comment’ on ‘Strengthening the Management of Payment Acceptance Terminals and Related Businesses.’

Among the government’s stated aims are toughening rules on verifying the identity of merchants using mobile payment channels, bank cards and QR/bar codes, for example, by requiring ‘face-to-face’ registration of such tools.

The government is also looking to purge promotion of gambling and other illegal content by the nation’s social influencers. The Ministry of Public Security recently announced a coordinated effort with numerous other ministries for “a six-month period of special rectification and standardization” of China’s webcast industry.

The government is equally keen to trumpet the successes of these efforts, including a recent bust in Anhui province that resulted in the arrest of 12 individuals accused of running an illegal online mahjong operation. The ring reportedly had 200 agents across the country using WeChat to recruit customers, who wagered a total of RMB420m (US$52.3m) in just eight months.

Perhaps more ominously for China’s gamblers, the authorities are also targeting end users. On Sunday, Qinghai provincial police announced the sentencing of a lone gambler to 10 days in administrative detention for losing RMB160k over a six-week period to an internationally licensed gambling site.

As for how the authorities came to learn of the unfortunate gambler’s criminal activity, the report stated only that the police had received “a notice.” It’s worth noting that this notice arrived before the government had officially launched its new online gambling snitch platform, suggesting there’s already an active cohort of would-be Huggy Bears ready to assist China’s online crackdown.