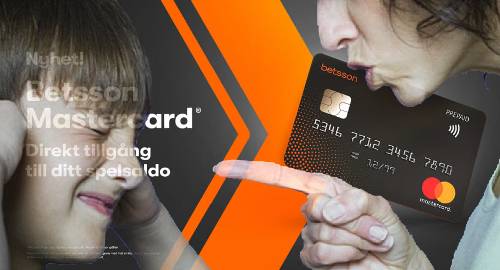 Online gambling operators Betsson and Bethard have been warned and fined by Sweden’s gambling regulator for bonus offer and underage betting violations.

In March 2019, Betsson Nordic Ltd began selling online gambling vouchers through 7-11 stores and the Pressbyrån convenience store chain. Neither retailer was authorized by Spelinspektionen to act as a ‘gaming agent’ and the regulator launched an investigation last November.

Betsson countered that the vouchers were part of its deal with gift/prepaid card supplier Convenience Card and thus there was no direct deal between Betsson and either retailer, neither of which Betsson believes were acting as ‘gaming agents’ under Swedish rules. Nevertheless, Betsson subsequently ended its relationship with Convenience Card and ceased such voucher sales.

Betsson similarly denied that its branded Mastercard was intended to do anything but offer players faster payouts, noting that the company had disabled the use of the card for certain promotions for fear of falling afoul of what some operators have characterized as Spelinspektionen’s murky bonus rules.

The regulator rejected both of these arguments, saying the vouchers could only be used for online gambling play and thus the retailers were acting as agents for gambling products. Spelinspektionen also ruled that the Mastercard offered users potential freebies beyond their first-time use and thus constituted a financial incentive to gamble.

Betsson issued a statement saying the regulatory spanking came as a surprise and it “does not agree with the view” that its local subsidiary violated Swedish regulations. The company plans to appeal the warning, sanction and financial penalty.

Meanwhile, Bethard was penalized SEK400k for offering betting markets on football matches primarily consisting of players under 18 years of age. Bethard was one of several online operators spanked last June by Spelinspektionen for such violations.

Bethard initially received an SEK2.5m penalty, which the company appealed to the Administrative Court in Linköping. In April, the court overturned the penalty in favor of a regulatory warning, although the court did leave open the possibility of Spelinspektionen imposing a smaller financial penalty.

Spelinspektionen said Wednesday that the warning must be accompanied by some financial strife, which the regulator apparently defines as SEK400k. The Bethard Group has yet to indicate how it plans to respond to this latest regulatory shot across its bow.