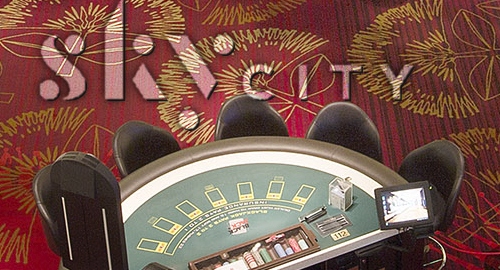 In a trading update released Wednesday, SkyCity said it was encouraged that local gamblers were returning to its Auckland, Hamilton and Queenstown properties since their May 14 reopening. The casinos are operating with new health and safety precautions that dramatically limit attendance and the number of gaming positions.

The Queenstown property’s Wharf Casino remains closed but domestic gaming activity at Hamilton and the company’s flagship Auckland property has been “very pleasing, particularly in electronic gaming machines” (EGM). Table game activity was said to be “steadily improving from a slow start,” likely due to New Zealand’s borders remaining closed to international high-rollers.

SkyCity’s hotel occupancy is averaging only around 32%, although this ramps up to 90% on weekends. Food & beverage sales are “growing steadily,” but the company expects its non-gaming amenities won’t truly recover until those international borders reopen.

SkyCity is also still restricting access to its Kiwi casinos to members of its Premier Rewards loyalty program. Nonetheless, the company says Auckland and Hamilton are “currently running at levels that are profitable and cash positive.” Queenstown went unmentioned, so draw your own conclusions.

SkyCity was forced to close its three Kiwi properties as well as its casino in Adelaide, Australia in mid-March as governments ordered the closure of all non-essential retail businesses. SkyCity laid off 200 staff in early April and shed “around 700” more employees last month as it pondered the possibility that it could take years for business to return to its former levels.

SkyCity CEO Graeme Stephens said Wednesday that laying off those 700 staff “remains necessary” to ensure the security of “the thousands of jobs that will still remain.” Stephens said he hoped the “initial positive indications” at the reopened properties can be sustained.

SkyCity was forced into an embarrassing public about-face last week after applying to the New Zealand Gambling Commission for a permanent relaxing of the rule that compels the company to operate at least one gaming table at each of its casinos. The Commission authorized SkyCity to temporarily operate on an EGM-only basis at its Hamilton and Queenstown properties.

That decision, news of which was reported by local media outlet Stuff, was greeted with howls of outrage from anti-gambling campaigners, who view EGMs as a highly addictive activity that primarily preys on local residents. SkyCity subsequently withdrew the application, saying it had only been seeking “operational flexibility in the uncertain environment.”