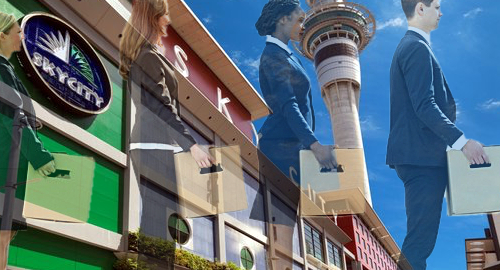 New Zealand casino operator SkyCity Entertainment Group is warning that it will likely sack another 700 staff as it prepares to open as “a smaller, domestically focused business” once the pandemic all-clear sounds.

On Monday, SkyCity issued an update on its efforts to mitigate the fallout from the suspension of its casino operations in both Australia and New Zealand due to the COVID-19 pandemic. Among the “incredibly difficult” choices it’s facing is reducing its rostered (waged) staff by “around 700” to ensure it is prepared for the “new environment” that awaits post-lockdown.

One month ago, SkyCity announced that it was laying off around 200 staff, following the standing down of “around 90%” of the workforce at its lone Australian casino in Adelaide. The company asked the rest of its waged staff to agree to work for 80% of their normal pay, a step SkyCity believed would help avoid the additional 700 redundancies.

Most of the 700 layoffs are expected to be at the company’s Auckland casino, which currently employs nearly 3,000 staff. SkyCity CEO Graeme Stephens said the layoff process would take “some weeks” and the company would work with affected staff to make the process as painless as these things can be.

SkyCity remains hopeful of restarting its New Zealand operations sometime this month, but expects to operate as a shadow of its former self, thanks to a perfect storm of “weaker economies, lower personal disposable income, changed entertainment habits, restrictions on mass gatherings and physical distancing requirements as well as long term travel restrictions.”

These conditions have “fundamentally changed” SkyCity’s operations and the steps it’s taking now are intended to restyle the business so it can be “sustainable in the medium and long term” and avoid the need for even more layoffs.

SkyCity is reportedly planning to suspend its dividend program and possibly raise some new capital to ensure it has the readies to ride out the downturn, which is expected to significantly impact the company’s VIP gambling business.

SkyCity recently convinced the New Zealand government to declare the pandemic a force majeure event, allowing the company to extend the completion deadline for its New Zealand International Convention Center project in Auckland until January 2025. The project was already facing delays from last October’s fire and COVID-19 had prevented construction from continuing at the required pace.

In other positive news, a recent government report indicated that SkyCity’s Malta-licensed online casino had gotten a significant boost from COVID-19’s elimination of land-based gaming options. The site’s registered customer based topped 15k users by the end of April, up from just 3,500 that SkyCity reported when it released its 2019 annual results in February.