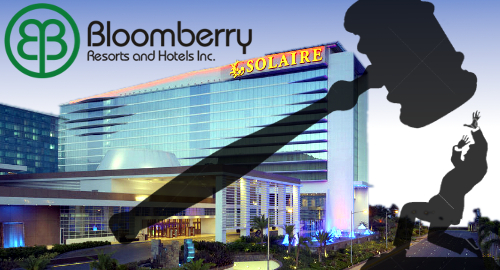 Philippine casino operator Bloomberry Resorts took hits on two different legal fronts on Monday, with one case the company can’t reopen and another it can’t shake.

In March, Bloomberry was celebrating a US District Court’s dismissal of a civil suit filed by the Central Bank of Bangladesh regarding the 2016 theft of $81m from its accounts at the Federal Reserve Bank of New York by parties unknown, who then funneled the money through Manila casinos, including Bloomberry’s Solaire Resort & Casino.

In April, Bangladesh filed an appeal of that ruling, and on Monday, Bloomberry informed investors that the Bank had filed a new civil complaint against the Rizal Commercial Banking Corporation (RCBC) and 16 other Philippine persons/firms, including Bloomberry in New York State Court.

Bloomberry said it has yet to be served with a summons related to this new complaint but stated that the company intends to “vigorously defend itself against these baseless charges.”

Meanwhile, Bloomberry also announced that the Singapore High Court had dismissed the company’s latest petition to set aside/resist enforcement of the US$296m judgment the Court issued last September in favor of a unit of US-based Global Gaming Asset Management (GGAM).

The GGAM dispute dates back to September 2013, when Bloomberry terminated its relationship with GGAM one year into a five-year contract. GGAM had been hired to recruit VIP gamblers to come to the newly opened Solaire but Bloomberry claimed GGAM wasn’t delivering on its promised commitments. An aggrieved GGAM promptly lawyered up, and here we are.

In January, Bloomberry lost its original petition to dismiss the judgment but chose to file a new petition with a higher court. Bloomberry said Monday that it has been given until June 29 to file an appeal of this latest dismissal, which will apparently be based on its attorneys’ perceived “flaws in the decision.”

Bloomberry recently reported profits falling 38% in the first quarter of 2020 thanks to COVID-19, which closed Solaire and all other Philippine casinos on March 16. Solaire and its Philippine casino rivals have yet to reopen due to the country’s inability to flatten its COVID-19 infection curve.