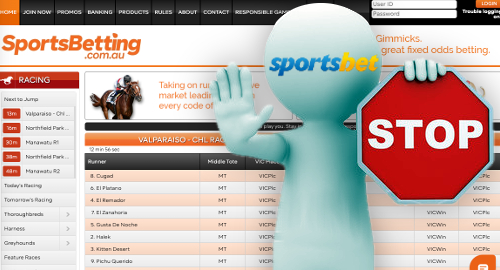 Australian online sports betting operator Sportsbet is once again suing a rival operator for daring to combine the words ‘sports’ and ‘betting’ in their brand.

Sportsbet, which is owned by UK-listed gambling behemoth Flutter Entertainment, has filed a trademark infringement suit in Federal Court against Sportsbetting.com.au Pty Ltd, whose brand Sportsbet claims is too similar to its own.

The Sydney Morning Herald reported that Sportsbet attempted to resolve the matter on an amicable basis outside the legal arena but was apparently rebuffed. Sportsbet is now seeking a permanent injunction against Sportsbetting.com.au using its current name, arguing that “the resemblance between Sportsbet and Sportsbetting is undeniable.”

Sportsbetting.com.au Pty Ltd and Sportsbet Pty Ltd both hold licenses issued by the Northern Territory Racing Commission. That said, the latter company holds a much larger share of Australia’s online betting market and is set to grow even larger following its parent company’s recent deal-making.

In 2010, Sportsbet founder Matt Tripp sold out to Irish bookmakers Paddy Power, which underwent several metamorphoses before hoisting the Flutter banner last year. In 2018, Sportsbet got into a different trademark dispute with CrownBet, which was planning to rebrand itself as Sportingbet (follow this link to read more about the interminably incestuous brand switcheroos that led to this fight).

While Sportsbet won an injunction against CrownBet’s successor BetEasy, the fight was rendered moot when Flutter acquired BetEasy’s parent company The Stars Group and the decision was made to fold BetEasy’s operations under the Sportsbet banner, hence the apparent need to defend this branding turf.

That said, given the length of time that both Sportsbet and Sportsbetting.com.au have been rivals, it’s unclear precisely why this fight is erupting now. Tune in next week, when Sportsbet mistakenly unleash their lawyers against themselves after seeing a social media teaser campaign.