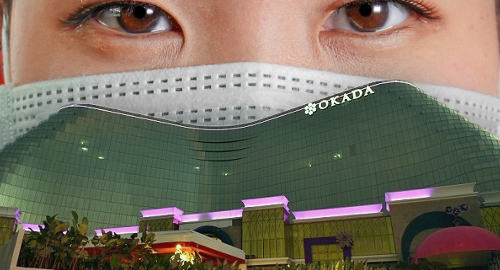 The Okada Manila casino in the Philippines is reportedly laying off over 1,000 staff as all casino operations in the country’s capital remain under COVID-19 lockdown.

On Tuesday, Inside Asian Gaming reported seeing an internal memo that Okada Manila issued to staff informing them that the company “will have to let go of more than 1,000 employees.” The company cited the complete lack of revenue the property has generated since all Manila-area casinos were ordered to close their doors on March 15.

The layoffs will reportedly start to take effect on June 15, with all affected employees receiving their legally mandated separation pay. Okada Manila expressed regret at the necessity of layoffs, but noted that the property would likely be operating at reduced capacity once the signal to reopen is given, which will require “a smaller workforce.”

In mid-April, Okada Manila informed its staff that the casino and its Japanese parent company Universal Entertainment Corp (UEC) had “taken the needed steps to ensure that during the extended community quarantine, you will be compensated while also having your benefits in effect.”

But analysts warned at the time that Okada Manila would likely need to take “more aggressive mitigation measures” to ensure its survival if the casino was forced to remain shut beyond June.

Last week, Okada Manila was trumpeting the measures it was implementing to ensure the safety of both staff and guests once the authorities gave casinos the signal to restart their operations. UEC has also been doing its best to keep on the Philippine government’s good side, pledging Tuesday to donate 500k surgical masks to the DOH.