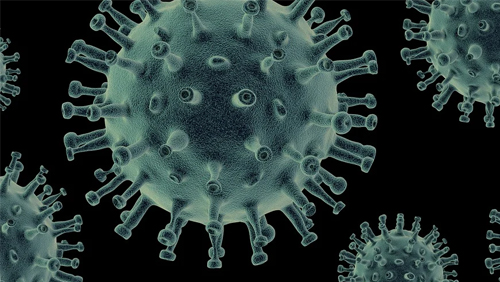 Manila area casinos have been closed for over two months now, and it’s unclear when they might be allowed to reopen. As the country slowly starts to ease quarantine rules, government officials can’t seem to find common ground on just how safe it is for the population to leave their homes. That kind of confusion has City of Dreams (CoD) Manila and Okada Manila striking two very different tones in their recent announcements.

The situation is still unclear

The Metro Manila area has been in an Enhanced Community Quarantine (ECQ) since mid-March, with all non-essential work and travel prohibited. Basically, if you aren’t going to the hospital, an essential job, or to buy food, you could get arrested. That’s meant casinos in the Entertainment City, like Okada and CoD, have had to shut down entirely.

As the number of new infections has stayed roughly flat but consitent at 200 new cases per day, President Rodrigo Duterte hasn’t seen it fit to end the ECQ, instead opting to modify it to allow some businesses to resume. That meant a flood of people returning to work, and on the weekend, to the shopping malls.

With more people now in the streets, the entire government had to react suddenly to a comment made by Health Secretary Francisco Duque III, who noted the country is now fighting a second wave of the virus. How we could be fighting the second wave if the first wave never ended, other administrators and politicians asked.

Casinos show a mix of pragmatism and optimism.

With no indication whatsoever of when resorts would be allowed to re-open, CoD and Okada are taking two very different paths.

In a May 12 press release, CoD announced they would be extending a month’s pay to all of their non-management staff. They wrote:

“City of Dreams Manila has announced granting a 100-percent [of a] month’s basic pay (not including fixed allowances) to non-management colleagues effective May 4 as they exhaust their leave balances and are not able to work due to the present quarantine.”

That extension should get employees to the next milestone, when Duterte is likely to announce how much longer the modified ECQ will last. Currently, it’s expected to run atleast until the beginning of June. Each operator has only extended their pandemic policies as far as they’ve needed to so far, but perhaps CoD is hoping they can get back to business by June?

Meanwhile, Okada is now teasing that they could be close to reopening soon, and are setting up procedures to keep staff safe on their return.

Okada Manila gears up to reopen soon with more safety-enhanced ways to serve and welcome you.

How much did you miss the grand experience? Share with us a photo from your last visit. pic.twitter.com/jOa1dXNWJR

In a post updated on May 18, they posted nearly two dozen bullet point policies and procedures to keep the Okada Manila resort COVID-19 free, and safe for guests and staff member. They noted finally:

“Okada Manila remains vigilant and committed to making sure that its team members are safe as they continue to work in the premises of the integrated resort. Moreover, Okada Manila aims to maintain the highest standard in the implementation of its for safety and health measures as it prepares to welcome its visitors and guests once the ECQ is lifted.”

Each resort may be taking the same procedures to gear up for a potential reopen in June, but Okada is being much more vocal about being ready to go as soon as possible. As the government tries to settle on just how advanced the situation is, it’ll be fun to see how each resort continues to message the situation going forward.