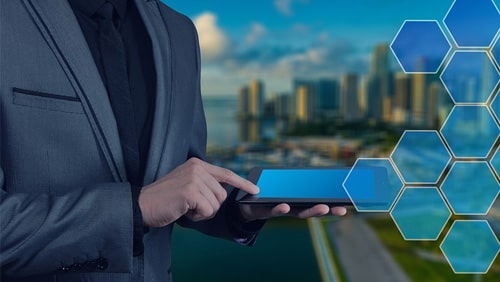 The Philippines casino sector is in a holding pattern right now. The country continues to implement strict quarantine rules as it leads SouthEast Asia in COVID-19 infections, and a shutdown of the casinos is a part of that. Two casino operators have recently announced their intentions of what to do next as they wait for the curve to eventually flatten.

Bloomberry Resorts, operator of Solaire Resort and Casino in the Entertainment City district, announced in a filing to the Philippines Stock Exchange that it would “make additional future investments in the interest of enhancing shareholder value.”

It will do so by taking a broader approach to its investment portfolio. It wrote: “Bloomberry’s future investments will be considered within a broader universe of possible opportunities which include gaming, hospitality, and other non-gaming assets.”

While noting that it’s continuing construction on Solaire North in Quezon City, it doesn’t have any immediate upcoming investments to announce otherwise.

This comes a week after Bloomberry boss Enrique Razon noted that the company is now focused on COVID-19 relief efforts. He’s directed resources into converting a Manila sports stadium into a field hospital and donating personal protective equipment (PPEs).

Meanwhile, Okada Manila is also doing everything it can to relieve the pressure of the shutdown. GGRAsia reports the operator has promised to pay out half of employee’s 13th month pay, a government mandated bonus that is given yearly to full time employees.

“To help you financially during these hard times, Okada Manila will… release half of your 13th month pay no later than April 30,” said Okada Manila president Takashi Oya wrote to employees. “Another means of support you can look to is [the human resources department]’s initiative of connecting team members with other financial aid programmes.”

The 13th month pay, which isn’t really a bonus but rather an expected income saved, is typically given in December before the holiday period. Many companies opt to give half of it at the mid-point of the year to help spread out their employees pay, and Okada choosing to pay that portion out in April comes at an especially early time of year.

Oya also reassured employees that they will be taken care of, however the current situation works out:

“Okada Manila and Universal Entertainment have taken the needed steps to ensure that during the extended community quarantine, you will be compensated while also having your benefits in effect. In order to make this possible, a number of Okada Manila senior executives have volunteered to take pay cuts in order to add to the workforce fund.

“Finally, I would like to assure you that your jobs will be here once we all go back to Okada Manila.”

The situation isn’t improving just yet though. Even with a lack of testing, the country has reached 5,223 confirmed cases of COVID-19, and 295 deaths. The Metro-Manila area, where both Solaire and Okada resorts are located, are on government mandated lockdown until April 30, at which point President Rodrigo Duterte will have to decide if precautions must be extended to a later date, or if he’ll risk trying to restart the economy.