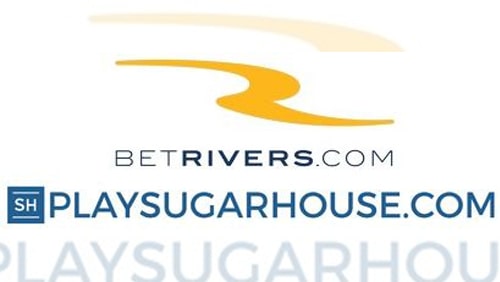 New Jersey, Pennsylvania, Indiana – April 28, 2020 – The rescheduled UFC 249 has retained its main event, added some fights and produced a strong betting card for its May 9 event in Jacksonville, Florida.

Tony Ferguson remains the favorite against Justin Gaethje in the main event at BetRivers.com and PlaySugarHouse.com sites, although the line has tightened somewhat.

Ferguson is -167 and Gaethje is +155 for this fight, a battle for the interim lightweight title. Top-ranked Ferguson had been -190 and fourth-ranked Gaethje +155 for the original April 18 match-up, which was canceled because of coronavirus concerns.

With 17 combined post-fight performance bonuses, Ferguson and Gaethje have thrilled fans like no other duo over the last several years, defeating the likes of Donald Cerrone, Anthony Pettis and Edson Barboza.

In the co-main event, former world champion Dominick Cruz makes his long-awaited return to the Octagon to challenge Henry Cejudo for the UFC bantamweight crown. Cejudo is -220 and Cruz, who has not fought since 2016, is +185. Cejudo, the division champion, is the UFC’s third-ranked pound-for-pound top fighter.

Vicente Luque and Niko Price stage a rematch from their 2017 fight, in which Luque scored a second-round submission victory. Lugue is -278 and Price is +226.

Here is the rest of a loaded fight card* with betting odds from BetRivers.com / PlaySugarHouse.com:

*Bouts are subject to change

The UFC also expects to hold additional UFC fights May 13 and 16, totaling eight in three days.

Founded in 2012, Chicago-based Rush Street Interactive (RSI) launched its first betting site, PlaySugarHouse.com, in New Jersey in September 2016. The company subsequently made history by becoming the first operator in the United States to offer a fully integrated online sportsbook and casino. In addition, RSI was the first company to launch legal online sportsbooks both in Pennsylvania (PlaySugarHouse.com) and Indiana (BetRivers.com) as well as being the first to open a legal sportsbook in the state of New York (@ Rivers Casino in Schenectady) and, most recently, in Illinois (@ Rivers Casino in Des Plaines). RSI also operates in-casino sportsbooks at Rivers Casinos in Pittsburgh & Philadelphia and at the historic French Lick Resort in Indiana. BetRivers.com is also the exclusive official sportsbook partner for the Philadelphia Flyers & Wells Fargo Center. RSI was the first US-based gaming operator to launch a legal and regulated online sportsbook in Latin America (Rushbet.co in Colombia). Rush Street Interactive is also the developer and operator of a leading social gaming platform currently deployed at the group’s affiliated land-based casinos and selected third party partners. Rush Street Interactive was named “Mobile Operator of the Year” in North America at the EGR North America Awards 2019 and “American Operator of the Year” & “Casino Operator of the Year” at the American Gambling Awards in 2019. For more information, visit rushstreetinteractive.com.