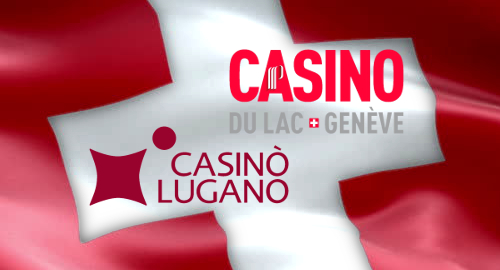 Switzerland’s online casino market will soon have two new sites on offer, while the government has also signalled the imminent return of local sports on which bettors can wager.

On Wednesday, the Swiss Federal Council announced that Casino Lugano and the Casino du Lac Meyrin in Geneva have been granted the right to add online casino gambling to their product mix. The two casinos’ sites and game technology will still require the approval of the Federal Casino Commission (ESBK) before they can launch.

The two casinos are the sixth and seventh casinos to have been granted online approval and the first outside the country’s German-speaking cantons. Casino du Lac is run by French operator Groupe Partouche, which struck a Swiss deal with live casino specialists Evolution Gaming in January and a game content deal with iSoftBet just last week.

The Lugano property is operated by Casinos Austria International – now part of the Sazka Group – which also runs the Grand Casino Kursaal Bern that received its online diploma last November.

All Swiss casinos were ordered closed in mid-March to limit further spread of the COVID-19 coronavirus. That closure extends through June 7 and any resumption of casino operations will depend on the authorities having sufficient evidence that the crisis has abated.

Some of the five casinos that have already launched online sites suggested this week that their online casinos were offering some relief during the shutdown but not enough to offset the lack of land-based revenue. However, they are reportedly drawing in “a different player segment” than was drawn to the land-based options, which bodes well for when terrestrial operations resume.

Wednesday brought word that the Federal Council plans to loosen some of its pandemic restrictions starting May 11, when the government will allow shops, restaurants, markets, museums and libraries to open provided they observe “strict compliance with hygiene and social distancing rules.” Casinos went unmentioned in Wednesday’s announcement.

The Council also said that professional sports leagues will be cleared to resume matches on June 8, although these matches will be conducted ‘behind closed doors,’ aka no spectators in the stands. The Council said it doesn’t envision lifting the ban on mass gatherings until the end of August at the earliest.

Regardless, the return of top-flight sports will be welcomed by Swisslos and Loterie Romande, the two state-run sports betting operations that cater to German- and French-speaking bettors, respectively.