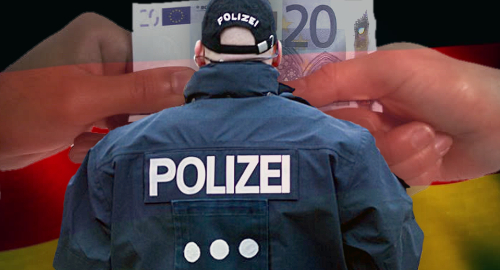 German authorities’ war on online casino payment processing continues unabated, while German sports bettors have effectively given up trying to wager now that the pandemic has halted major sports events.

On Monday, the Ministry of Interior and Sport in the state of Lower Saxony announced that it had “once again prohibited an internationally active payment service provider from participating in payment transactions in connection with illegal gaming in Germany.”

Minister Boris Pistorius, whose brief oversees activity across Germany, reminded financial services firms that they are “legally obliged to refrain from making payments in connection with illegal gambling – if they do not, we will take action.” The Ministry said Monday that “further prohibition orders are in preparation” against other processors.

The offending company went unmentioned, as did the company that Lower Saxony targeted last summer, although it was widely presumed to be PayPal, which announced two months later that it was suspending its German online casino payment channels. It’s possible that the offending company this time around might also be PayPal, as word surfaced this January that some German-facing operators were reinstating PayPal as an option.

In January, Lower Saxony send letters to five German banking industry associations regarding illegal online casino payments. Germany is in the process of authorizing legal online casino and poker play but the new regime isn’t scheduled to kick in until July 1, 2021 – and that’s if the government can get dissatisfied stakeholders on board and fend off the latest legal challenge to the proposal.

GERMAN BETTORS BORED STIFF
With no legal online casino options at their disposal – unless they live in Schleswig-Holstein – German bettors are apparently going cold turkey due to the mass cancellation of sports. German betting affiliate MySportswetten recently conducted an admittedly unscientific survey of its Facebook audience to gauge how they were reacting to the shortage of betting options.

Asked to describe their ‘current sports betting behavior,’ a whopping 77% chose ‘I’m not betting anymore.’ A mere 14.9% said they’d ‘kept betting’ while 2.5% said they ‘play online casino instead’ and a similar amount said the same for online poker. Interestingly, both those stats were eclipsed by the 3.1% who said they now played the stock market.

Of those who are still betting, 75% are doing so on eSports, while table tennis scored 14.3%, twice the sum that are now betting on obscure football leagues. Darts ranked last at 3.6%.