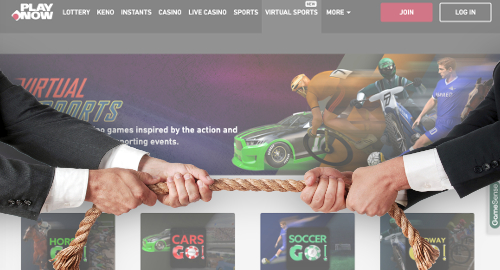 British Columbia’s online gambling revenue could be shared with the Canadian province’s casino host cities, but only if the government monopoly agrees to it.

Last week, a Kamloops city councillor suggested that the British Columbia Lottery Corporation (BCLC) ought to share revenue from its PlayNow online gambling site with cities whose casinos have been ordered to close due to the COVID-19 pandemic.

On Monday, local media reported that the province’s attorney general had responded to this suggestion by saying any change to casino cities’ revenue-sharing deals with the province “would need to be formally requested by the municipalities and approved by both parties.”

Kamloops currently gets a 10% cut of gaming revenue generated by the city’s two casinos, both of which are managed by Gateway Casinos & Entertainment Ltd. The city’s share of casino revenue totaled C$2.5m (US$1.8m) in the most recent fiscal year but that flow of funds halted after the government ordered BCLC’s casinos to close on March 16.

Kamloops councillor Arjun Singh claimed last week that BCLC sources had told him of a ‘significant’ increase in PlayNow’s revenue following the closure of land-based gambling. Singh argued that since BCLC knows the geographic location of PlayNow’s customers, cities should share in online revenue generated by local residents.

QUEBEC COURT TOSSES C$517K ROCK PAPER SCISSORS BET
On the other side of the country, the Quebec Court of Appeal has invalidated a C$517k debt a local resident incurred through betting on the classic ‘rock, paper, scissors’ game in January 2011. Edmund Hooper, the sorry sod who lost the best-of-three match to Michel Primeau, was forced to mortgage his home that September to honor his ill-advised wager.

The 2011 game was reportedly a double-or-nothing bet from a previous game in December 2010. But Hooper challenged the debt in court, leading to a 2017 decision that invalidated the mortgage and the ‘special agreement’ the two parties signed in 2013 to formalize the debt.

Quebec law holds gambling contracts to be invalid if the amount wagered is excessive or if the game and bet are not expressly authorized, such as whether the bet is made on a contest based on pure luck rather than skill. Superior Court Justice Chantal Chatelain concluded that rock, paper, scissors may indeed “in certain specific circumstances” involve some skill but the size of the bet was excessive.

On April 17, the Quebec Court of Appeal dismissed Primeau’s appeal of Chatelain’s ruling, based on its view that the wager was clearly excessive and that rock, paper, scissors “involves a large part of chance” and didn’t rely on “only skill or bodily exertion on the part of the parties.”