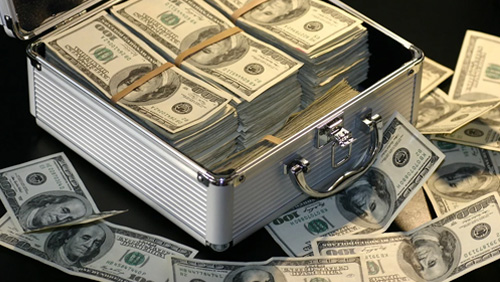 Things haven’t been going as well for South Korea’s Jeju Island as everyone had planned. The revenue isn’t flowing as freely as had been predicted, and further development is taking longer than expected. The coronavirus certainly hasn’t helped anything, and Landing International Development realized that it needed a little financial boost to offset the dips seen at its Jeju Shinhwa World integrated resort (IR). The casino operator announced earlier this month an impending shares placement, which has now wrapped up and has given the company the working capital it needs, at least for a little while.

Landing had put together 586,979,742 shares to offer through placement, expecting to be able to attract around $17.7 million in investment financing through the deal. According to an update (in pdf) by the company from yesterday, it was right on target, receiving just over $17.68 million. Given the stock market and currency value fluctuations, the amount is right in line with what Landing wanted. The total of shares placed equals 16.67% of the company’s issued share capital and was distributed among six different recipients at about $0.003 per share.

The money will be put to immediate use, with Landing to shore up its gambling operations at the IR. Landing explains in the update, “The net proceeds from the Placing, after deduction of the placing commission and other related expenses, amounted to approximately [$17.7 million] will be used for general working capital of the Group’s gaming business and integrated leisure resorts in Jeju Island, South Korea and interest expenses.”

The injection is a life ring, as the company saw losses of about $90 million in 2018 and $274.7 million last year. Most of that was through the Landing Casino, which has seen significant drops in revenue, and the Jeju resort is expected to overcome those losses – if it can be completed. The project has been met with several delays and needs to ramp up operations as quickly as possible if it is to start generating any type of significant contribution to Landing’s wallet.

Through the shares placement, Yang Zhihui, Landing’s chairman and executive director, has been forced to take a reduction in his holdings of the company. Where he used to control 50.48% before the shares were distributed, he now holds just 42.07%. Those shares are owned by Landing subsidiary Landing International Ltd. In addition, public shareholders saw their control decrease from 41.96% to 34.96%.

Now that it has wrapped up the shares placement, it’s time for Landing’s board of directors to get down to business. The company will hold a board meeting this coming Monday to discuss the matter and other issues, including the approval of the “audited consolidated annual results of the Group for the year ended 31 December 2019.”