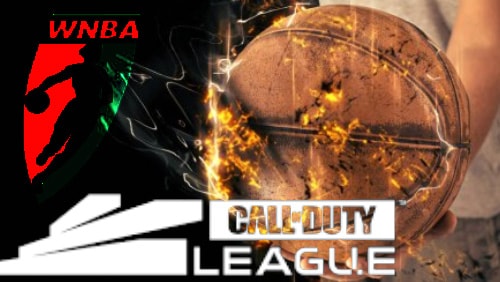 The Nevada Gaming Control Board (NGCB) continues to roll out new gambling options for Las Vegas sports books to offer, but a recent addition might have come a little too late. The regulator announced on April 16 that the WNBA draft and Call of Duty League are now permitted for wagering.

For punters looking to bet on basketball, any basketball, even the idea of basketball, Vegas sports books have been cleared to offer lines on the 2020 WNBA draft scheduled for April 17 at 4:00 pm. But there’s a limit to what can be offered. Any player specific props had to be taken off the board 24 hours before the start of the draft.

As the Las Vegas Review-Journal pointed out, no such wagers were offered before the deadline came. In fact, none of the casinos with mobile offerings had made any WNBA draft lines yet, raising the possibility that this approval could have come a little too late.

Even if those lines do show up at the last minute, esports fans will still have plenty of time to jump on wagers for the 2020 Call of Duty League. Approved along the same lines as the 2020 Overwatch League, punters will be able to bet on head to head, winners, and winner of the overall league.

Call of Duty League, which is in its inaugural season, has a unique format. Each team hosts their own mini-tournament during the regular season, accumulating points for an end of season playoff. The next event is to be hosted by the league leading Chicago Huntsmen (10-2) between April 24-27. This event was originally scheduled for April 4-5 at the Wintrust Arena, but due to COVID-19, was delayed and moved entirely online.

The league hasn’t achieved mainstream success yet, achieving just over 100,000 viewers at its peak before falling off in Mid-March. But with the mainstream popularity of the Call of Duty series, combined now with potential sports betting interest, it might just be the right league to bring in a new audience of gamers and potential sports bettors.