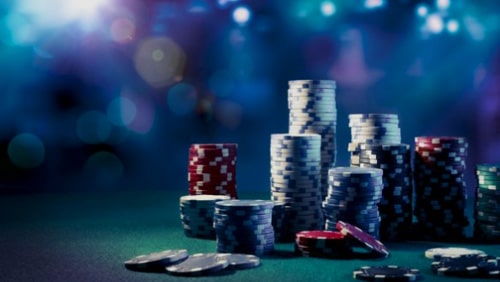 We’ve already written about the emotional impact of Jake Cody’s vlogs in this series all about the world of poker on the smallest screen of all, namely cameras used to bring YouTube video series to life on social media. We’ve rounded up why you should watch Daniel Negreanu in his Vegas-based video odyssey and why you should also binge on Brad Owen’s riveting rounder lifestyle.

This week, we’re looking at why Johnnie Vibes is one of the most popular poker video bloggers, and we’ll start with his impressible numbers.

With over 9,000 followers on Twitter alone, Johnnie Vibes is a very popular man indeed on social media. It is on YouTube where almost all of his content goes, however, with his videos detailing his cash games raking in 37,500 subscribers.

The videos themselves mirror a few others, with the popular style of cards being shown to camera and then the viewer being given just enough time to make the decision as to what they would do in their mind before Johnnie Vibes makes the real-life decision and either wins or loses the pot in question.

Much of the charm of Johnnie Vibes’ work isn’t just in the minutae of poker hands, after all, there are dozens of ways poker fans can look up poker hands for more money or with more on the line that Johnnie is playing for. Plenty of what is offered centres around the undeniable charisma of the man himself, who is friendly, engaging with other players – and those all-important fans – as well as honest about what he is winning and losing.

One of the best things about videos of this type is seeing how players deal with the frustrations of losing poker pots as well as winning them. In that sense, some of Vibes’s content feels a little light on the real-life implications of any setbacks, but that’s to his credit as a player too – he’s been a cash game pro for 12 years and that’s playing a comfortable level of blinds such as $5/$10 on average. As a consequence, watching him take shots is a bit more entertaining than seeing him in his comfort zone.

Pitching yourself as a poker video blogger would be a very difficult market to enter right now, with people such as Johnnie Vibes, Brad Owen and Andrew Neeme all bringing a lot of what the cash game grind is about to screen already. Indeed, Vibes’ slogan of ‘Embrace the Grind’ is his mantra and might just as well apply to the making of videos as it does the games of cash poker he is playing.

In these days of Coronavirus, it’s hard to foresee the exact time when live tournaments will return, but when they do, it would be great to see a live tournament held between cash game players such as Owen, Neeme and of course, Johnnie Vibes himself. It would have to be an event with plenty on the line, however as this is certainly where you get the best out of YouTubers who are used to making content that relies on a regular audience turning up for more of the same.

It’s easy to see why content makers such as Johnnie Vibes are so successful. He sticks religiously to a winning formula of being nice to everyone he meets, showing how you can turn a profit and filming poker hands with real-time decisions to poker fans at home – who are starting out lower than the level at which he feels so comfortable – to make.

As long as he keeps providing the thrills and spills of cash game poker, and travels once it is safe to do so, Johnnie Vibes will always be popular with a core element of the poker population – the aspirational recreational poker player.

Here’s a typical example of how Johnnie Vibes’ homespun charm can pitch up in any casino in the world and make it appealing.