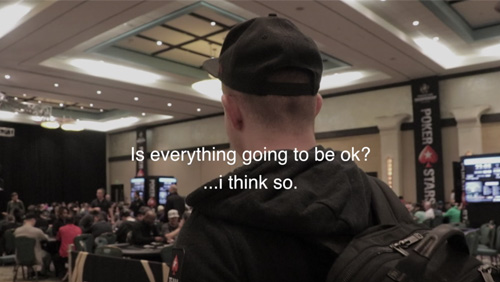 In one sentence, Jake Cody gets to the heart of what many poker players feel was the moment their own careers started. Chris Moneymaker winning the World Series of Poker Main Event. But how did the kid from Rochdale in the North West of England fare?

He became the youngest ever ‘Triple Crown’ winner – the old classic triple crown of a WPT Main Event, an EPT Main Event and a World Series of Poker bracelet.

You probably already know all of this about Jake Cody. You’ll know he was a PokerStars Team Pro, is part of the Brit Pack of this decade, is fearless at the felt and fun off it. You know this.

Between November of 2016 and March of 2018, Cody uploaded 18 videos to his YouTube channel. They’re sporadic rather than regular once-a-month updates during that time. At times they focus on the action at the table and can act as travelogues as Cody goes Brad Owen or Andrew Neeme in his recollection of hands from the felt or his adventures from around the globe.

The truth is, however, that Jake Cody’s video blogs are a far more emotional journey than a physical one. He may travel thousands of miles, taking you to far flung destinations like The Bahamas or Macau. Seeing those places is fascinating, especially to those poker players or fans who have never been to those destinations. But the core of the vlog is Cody himself, who is genuinely fascinating when he talks about his own issues.

Like so many of us, Jake Cody has a public persona and a face that is well-versed in being able to put on a smile and make others happy. I’ve previously written about how the Cody I know and have met several times is one of the most giving people on the live tour. Always happy to chat, whether on a night out or right after busting. I’ve seen him dedicate hours of his time after busting tournaments just making others smile, teaching new fans the game, chatting about football, prop bets, fun times.

There is, however, a deeply emotional side to Cody that you’ll get to know in these videos.

When he talks about the boy he was before he became a poker star, and walks you around his home town, it really pulls as the heart strings.

There are daredevil moments I the series, too. Watching Jake Cody jump of the world’s tallest bungee jump is utterly compulsive viewing:

As one of his videos is titled ‘You Don’t Know Me’, Jake Cody frequently offers us a little bit more of himself as time progresses, and the really great moments of the short-lived video blog canon are the ones where he opens up on the emotional and mental toll that being a poker professional takes out of him, and probably every other great player.

The final video of his collection hinted at a full explanation of why and how he gambled £42,000 on the spin of a roulette wheel. Despite speaking to some on camera about the incident, we’ve never had a full video blog explanation. I say we because it seems we’re all fans of Jake Cody and his video blogs.

There may never be any more. It’s been two years since he last released one and that tantalizing roulette vlog never came. Even if he never goes back to making videos, this collection of vlogs mark a high point for me personally in the genre.

In any form of entertainment, having something to say about the world we live in is often the most valuable commodity – it’s what keeps us watching. Jake Cody’s blogs, typically between 10 and 20 minutes in length were unmissable for those of us who love the player and care about the man behind that player.

Here is the collection in full. There’s never been a better time to watch the whole series.