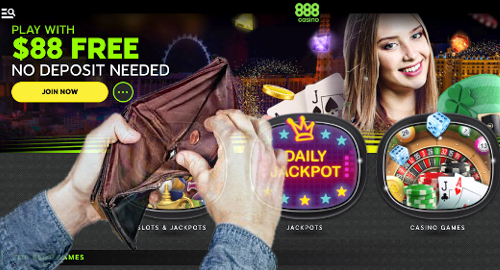 Online gambling operator 888 Holdings generated record revenue in 2019 but earnings and profits fell as the cost of operating in regulated markets took its terrible toll.

The net decline was partially due to a 37% rise in duties in regulated markets, as 888’s share of revenue from ‘regulated and taxed’ markets rose four points to a record-high 74%. 888 made its regulated debuts in Portugal and Sweden last year, and recently launched its first proprietary sportsbook in the latter market.

Total B2C revenue was up 11% to $530.5m, with growth reported across all verticals except poker, which slipped 13% to $42.7m despite the launch of 888’s shared liquidity between Portugal and Spain. 888 says poker revenue improved in the second half of 2019 and the vertical remains an important customer acquisition channel.

Online casino revenue gained 13% to $359.3m as active customers rose by 26% and new customers shot up 43%. 888 maintains that its casino vertical still has room to grow, as detailed in its recent trading update showing growth of nearly one-quarter in the year through March 18.

Sports betting revenue improved 12% to $90m, despite 2018’s results getting a boost from the FIFA World Cup, as first-time depositors rose 19%. 888 brought its sports betting platform in-house last year via the acquisition of BetBright, and the Sweden launch marks the first fruit of the company’s technology and team integration efforts.

Bingo revenue jumped 19% to $38.5m following last year’s acquisition of Costa Bingo and other online bingo brands from JackpotJoy. Absent contributions from those brands, bingo revenue would have fallen by 3%.

888’s B2B division Dragonfish saw its revenue slide 41% to $29.8m, in part due to the loss of customer Cashcade but also “fiscal and regulatory challenges” in the UK market.

On a geographical basis, UK market revenue shot up one-fifth to $204.1m despite average revenue per user falling (in part due to a reduced focus on VIP customers to stay out of the regulatory bad books).

Revenue from Spain fell 10% to $60.9m as the company faced increased poker competition from rivals who could offer shared liquidity with French players, which reduced 888’s ability to cross-sell into casino.

Revenue from the Americas rose 7% to $51.7m, primarily due to New Jersey’s soaring online casino market, which boosted 888Casino’s NJ-licensed revenue by 56%.

888 declared a final dividend for shareholders of 3¢ per share, half the amount it issued the year before. 888 said it had taken the “prudent” decision to retain cash due to the “unprecedented uncertainty” of the COVID-19 pandemic. 888 investors reacted angrily, pushing the share price down 9% by the close of Wednesday’s trading.