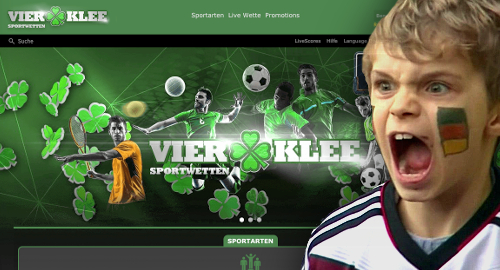 Germany’s sports betting licensing plans are once again in disarray following a legal challenge by an Austrian bookmaker.

On Wednesday, the Administrative Court of Darmstadt upheld a complaint filed by Austrian sports betting operator Vierklee that the wagering license procurement process overseen by the German state of Hesse wasn’t sufficiently transparent.

The attorney representing the Tirol-based Vierklee in this matter told German media outlet Bild that his client and other gaming companies “were not informed about the actual start of the concession procedure in July 2019.” As a result, the court ordered an immediate suspension of the licensing process until all interested applicants can compete on the same footing.

The German Sports Betting Association (DSWV) couldn’t hide its irritation at Vierklee’s last minute protest, with DSWV president Mathias Dahms calling the ruling “a big blow to our members” – a group that doesn’t include Vierklee – around 30 of which have duly submitted their new betting license applications.

But the licensing process, which aimed to have a legal online gambling market in place by July 1, 2021, is once again “in the stars” and Dahms expressed annoyance that the “effort and energy” invested by DSWV members in pursuit of “legal certainty” has once again been for naught.

Dahms had sympathy for staff at the Hessian Ministry of the Interior and the Darmstadt Regional Council, who had the unfortunate task of attempting to herd these cats over the finish line. Dahms also expressed hope that these staffers would be allowed to resume their work as soon as possible and “finally make the approval process a success.”

The DSWV, which is waiting to read the full court ruling before deciding whether to mount an appeal, may well wish German regulators all the speed in the world in vetting applicants’ licenses. But the industry group has also urged the government to make several changes to the betting regulations that were approved by representatives of Germany’s 16 states last month.

Among the changes sought are fewer restrictions on in-play betting, raising the €1 limit for online slots stakes, lifting the requirement for customers to hold separate accounts for each gaming vertical and overturning a ban on third-party affiliate marketers.