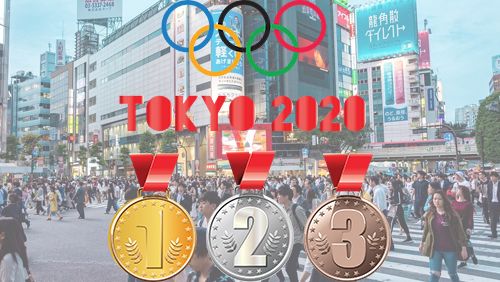 We are just four months away from the opening ceremonies of the 2020 Tokyo Summer Olympics…maybe. As the sporting world continues to take a pause during the COVID-19 coronavirus epidemic, Canada are now the first country to withdraw from the event, followed quickly by Australia, re-igniting concerns that the whole thing should be postponed.

The Canadian Olympic Committee (COC) announced their decision on March 22, announcing it shortly after on Twitter.

The decision was made not just with the athlete’s health in mind, but considering the thousands of individuals involved, traveling back and forth and congregating in large groups for training, with the public health in mind as well. The COC noted:

“With COVID-19 and the associated risks, it is not safe for our athletes, and the health and safety of their families and the broader Canadian community for athletes to continue training towards these Games. In fact, it runs counter to the public health advice which we urge all Canadians to follow.”

They also stressed that the Olympics as a whole should be suspended:

“The COC and CPC urgently call on the International Olympic Committee (IOC), and the International Paralympic Committee (IPC) and the World Health Organization (WHO) to postpone the Games for one year and we offer them our full support in helping navigate all the complexities that rescheduling the Games will bring. While we recognize the inherent complexities around a postponement, nothing is more important than the health and safety of our athletes and the world community.”

With the IOC announcing they would consider postponing the Olympics, but not cancel them, Australia joined their Commonwealth partners by also declaring they would not attend the event should they begin on July 24.

Canada dropping out might not have changed very much for the IOC. Let’s face it, Canada doesn’t do very much at the summer Olympics, picking up a cycling medal here or there, picking up 22 medals in Rio de Janeiro 2016. But remove Australia’s 29 medal performance as well, and the Olympics are starting to look less fun. If another domino or two drop, the IOC’s hand could be forced to postpone.