March 26 should have been an exciting day for baseball fans around the world. It would have been the day that marked the start of the MLB regular season but, thanks to the coronavirus, Opening Day has been pushed back until the middle of May – at the earliest. This is just one of the many changes being made to MLB, and many more are still to come. Fortunately, not all of them are bringing bad news. 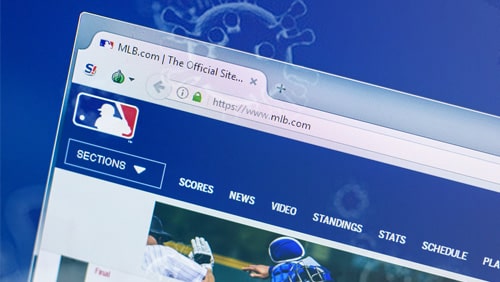 Mid-May is just the possible timeframe for the start of the league; it isn’t a definite. MLB Commissioner Rob Manfred is basing his decisions on guidance coming from the Centers for Disease Control and Prevention, and told the St. Louis Post-Dispatch, “We’re not going to announce an alternate Opening Day at this point. We’re going to have to see how things develop.”

The last time Opening Day was delayed was in 1995, and that resulted in a shorter season. As a result, players took a cut in salary as fewer games were played, but there is talk that the season could be extended this year in order to not have to lose any games. However, for that to happen, players could be eligible for additional pay, and this is just one of the issues MLB executives and players are now trying to figure out.

Instead of simply extending the season, perhaps the league will offer a larger postseason. A greater number of playoff games, in theory, would mean more TV viewership, since pennant runs typically get more action, and this would be a more lucrative alternative than just sending the regular season into overtime. This would also allow the league, even with a seriously delayed Opening Day, adhere closer to its regular schedule, avoiding many of the issues that are expected to crop up from an extended season.

Another issue centers on the amateur draft. Were this to happen, it would cause a ripple effect that would carry on throughout the next couple of seasons. With no amateur draft, the 2021 draft would potentially see some players drop in value – first-round picks could become second-round picks, second-rounders would move to third, etc. It would also lead to the loss of international free agents, obligatory salary adjustments and reductions in service time, all of which impacts players in the long run.

There is a little bit of good news coming out of MLB right now. It’s no secret that minor league athletes play for peanuts, working diligently to, hopefully, one day score a spot on a major league roster. With no baseball, there’s no minor league baseball, and those peanuts have turned into empty shells. However, the league is reaching out, and has announced that it will be providing a little bit of financial assistance to minor league players. It said as part of an announcement on the subject yesterday, “Each player who is under a Minor League Uniform Player Contract will receive a lump sum equal to the allowances that would have been paid through April 8. The exceptions to this plan are non-40-man-roster players who are already receiving Major League allowances; players who are currently receiving housing, food or other services from Clubs; and players who were not participating in, or expected to participate in, Minor League Spring Training. MLB remains in communication with Clubs on the development of an industry-wide plan for Minor League player compensation from April 9 through the beginning of the coming season.”