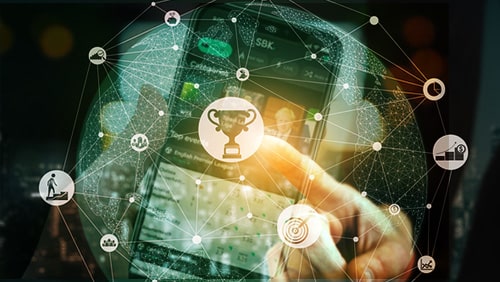 Another successful Cheltenham Festival is in the books, and the annual horseracing excitement went off without a hitch. Better said, almost without a hitch – the four-day series of events wasn’t without its tumbles as several jockeys were thrown from their horses. Still, through 28 races, things remained relatively calm and attendance didn’t seem to suffer due to the coronavirus. The popularity of the events was reflected in the amount of wagers seen and online action has certainly picked up, especially for Smarkets. The sportsbook and its SBK app reached several new milestones thanks to the Cheltenham Festival.

The final tally of attendees at the festival was around 251,684 showing up this year, compared to 266,557 last year – not a huge difference, all things considered. Given that the festival has been around for 160 years means it’s an important part of the local culture. That 5% drop was offset by those attending virtually, and Smarkets saw a significant portion of the movement. The number of daily active users jumped by 257% on the first day of the festival, March 10, setting a new record for Smarkets. In addition, the weekly sign-up number increased by 178%, also establishing a new record.

Those increases brought more gambling revenue in, as well. The total traded volume was £120 million ($148.3 million). This led Smarkets founder and CEO Jason Trost to assert, “Now that we have two competitive products in Smarkets and SBK, I am prouder than ever of the service we provided for our users this Cheltenham. This was accomplished with a stable platform, record-breaking numbers for SBK users, as well as total traded volume of £120m. Thanks to our leading technology and clear focus on price, we once again offered the best odds on all 28 races compared to the SP [standard price].”

According to Smarkets, SBK was providing larger profits and returns compared to some other sportsbooks. It indicates that a wager of just £10 ($14.83) on all 28 Festival winners would yield £2,524.20 ($3,119) more than what could be expected with other sportsbooks. This was also reflected in events like the Foxhunters Chase, which had gelding It Came To Pass looking at odds of 239/1, compared to the SP of 66/1, leading up to the race.

The success of the Cheltenham Festival should keep Smarkets motivated to grow. The company broke into the U.S. market in September of last year, and Trost adds, “Looking to the year ahead, we are excited to bring SBK to the fledgling American market having acquired licenses in Indiana and Colorado, alongside building on the great momentum we have achieved in the U.K.”