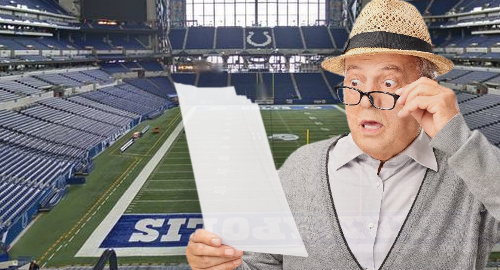 The National Football League’s once vehemently anti-betting stance is slowly being brushed aside like so much dandruff off Roger Goodell’s navy blue blazer.

On Friday, Sports Business Daily reported that the NFL’s Sports Betting Committee — honestly, it seems weird just reading that — had informed teams that they were now free to enter into individual sponsorships with US-licensed sports betting operators.

The NFL previously allowed teams to enter into sponsorships with companies engaged in sports betting provided the relationship wasn’t explicitly betting-focused. The NFL itself named Caesars Entertainment its Official Casino Sponsor, despite the ubiquity of sportsbooks at Caesars’ Nevada properties.

Last September, the NFL signed DraftKings as its first Daily Fantasy Sports Partner, even as the company was becoming far better known as a sportsbook operator. The NFL even signed its first official wagering partner, although it chose Australia’s Tabcorp, presumably due to the lack of domestic attention such a deal would garner.

The NFL has also decided to allow sports betting to take root in NFL stadiums in states that have legalized wagering. EPSN quoted the league’s chief strategy officer Chris Halpin saying betting windows were still off-limits, but “betting lounges … in an adult discreet area” of the stadium promoting mobile wagering options will no longer twist the NFL’s knickers into an unwaddable bunch.

Halpin said the league was “more and more excited about how sports betting is developing, and we’re now doing more in this space.” However, old habits die hard, so while stadiums featuring betting lounges can promote their availability, signage won’t be permitted in the lower bowls of stadiums.

The NFL is currently looking to hire its first vice-president of sports betting, whose primary task would be maximizing revenue, while also preserving the so-called integrity of the NFL’s games if those revenue-growing responsibilities allow him/her/they some spare time.

The NFL’s long slow march toward betting acceptance likely took some encouragement by the minimal fallout of last season’s nothingburger betting scandal involving one of its players (unsuccessfully) betting against his own team. The NFL has also been pushed on the betting front by the upstart XFL, which has made betting a unique selling point (for the moment, at least) of its broadcasts.

Still, it does seem like the NFL embracing sports betting was one of the tribulations the earth would have to go through in the Book of Revelations. Locusts, start your engines…