After six years of fierce but friendly competition, the MPN live tour has come to an end with a Main Event in Madrid creating yet another delighted winner. 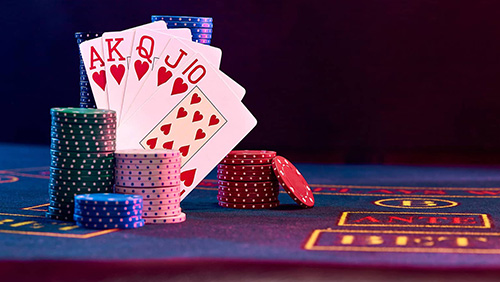 Martin Piik will forever have the final MPNPT title to his name after his victory over Richard Liu heads-up in Madrid and as well as creating history, Piik won a huge €52,000 in the process.  He was over the moon after clinching the win.

“It’s incredible!” he told the MPN team after the event. “To be honest, the money doesn’t mean anything – it’s the title and trophy I care about. It’s just amazing.”

The stunning Gran Casino in Madrid is an oasis of gambling and gaming opportunity that rises out of the desert-like arid landscape of the region just outside the centre of the Spanish capital and never was that more the case than this past weekend. With just 30 players of the 575 entries still in their seats by the time the final day kicked off, the lion’s share of the prize-pool of over a quarter of a million Euros (€278,875 to be precise) was still up for grabs, with just 71 players paid.

By the time 10 players were left, Jake O’Leary was the final table bubble boy as he lost a coinflip hand against one of two massive stacks at the nine-handed final table, Richard Liu.  Liu went into the final on over 6.5 million chips, with Mikael Gronvik and the eventual winner, Estonian player Martin Piik on just over 2.3 million. No-one else was anywhere near the leaders, and a spate of short-stack eliminations were likely to happen.

Stuart McCormack was the first player with ten big blinds or less to go all-in in an effort to gamble their way back into contention. McCormack shoved with ace-ten only to be called by James Sudworth’s ace-jack, and McCormack was busted by his fellow Brit. Another player from the United Kingdom would bust in 8th place, Jay Yerby also going out to ace-jack when dominated by Raido Ounapuu, never catching up across the board.

Two Brits down, a Polish player tried his luck next, but Sebastian Lohunko’s pocket queens that had been played to snare some of Richard Liu’s chip-stack instead saw the trap spiked on them by Liu’s set of nines which spelled doom for the brave but beaten Lohunko, whose €8,100 cash was his best-ever live result, the sort of situation that the MPN tour has become known for.

Next to depart was Greek player Stylianos Kollatos, who saw his king-queen hit on the flop but out-hit by Mikael Gronvik’s ace-king, leading to his demise.  It would be Gronvik himself who reduced the field from five to four by busting, losing much of his stack to a superb ace-high call on the river by Raido Ounapuu and departing shortly afterwards for €14,000.

It would be the fall of the last British player in 4th place, as James Sudworth, who had returned from a six-year break from poker to play the event, went down shooting. Sudworth moved all-in pre-flop with king-three but was snapped off by Martin Piik, whose pocket nines were already ahead before they made a set to bust the British player.

It would be an Estonian player – Ounapuu – who left next, setting up the other Estonian with a heads-up battle against the previously dominant Richard Liu. If the Chinese player Liu was favourite, then those odds took a switch when he lost a big pot to see the lead he held disappear. Piik used it well, piling on the pressure and seizing his opportunity.

When Liu moved all-in over Piik’s opening bet, the Estonian called it off with ace-four, and was shown the good news when Liu turned over king-queen. Liu needed to hit to double his 24 big blind stack, but he couldn’t find the paint he needed and departed as runner-up for €38,000.

It was Martin Piik who would set the flashbulbs popping and in winning the last ever live event laid on by the MPN, sealed his own part in poker history.

The MPN tour has been a vaild product of the live poker industry for six happy years and they leave a hole that will likely be filled by more tournaments by the big hitters, with partypoker, Unibet and 888poker perhaps best placed to hoover up the keener MPN players on live tours with more stops and more events on the list at their destinations than PokerStars to many with the budget of MPN players. Time will tell, but Martin Piik will be delighted to have the trophy after a memorable final Main Event in Madrid.