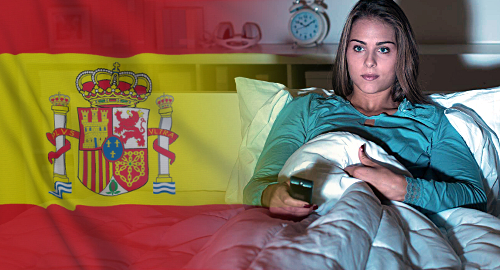 Spain’s online gambling operators will only be allowed to advertise on radio or TV in a four-hour window starting at 1am under new regulations proposed by the government.

Spanish media had already reported that Garzón’s ‘first round’ proposal would limit online gambling ads on television and radio to a four-hour window starting at 1am. Internet ads will also face restrictions but specifics won’t be revealed until the government releases a draft of its new proposal within two weeks. A consultation period will follow, but Garzón wants the new rules enshrined in law by summer.

The government is reportedly still mulling how to address land-based promotion of gambling as well as sponsorships of sports teams, with the government apparently still studying the potential impact that changes might have on existing sponsorship arrangements.

The new advertising limits will apply equally to both private operators and the two state-run lotteries: SELAE and ONCE. However, there’s some uncertainty as to whether certain lottery products might be exempted from the rules, thereby preserving the favoritism shown to the state firms, even as studies show they’re responsible for most of the growth in gambling advertising over the past few years.

Following the meeting, CeJuego issued a statement saying it “positively valued” its first meeting with Garzón and that it shared the government’s view that there was a need to “meet the existing social alarm through a calm dialogue with the sector based on rigorous studies.”

Mikel López de Torre, chairman of Spain’s online gambling industry association JDigital, issued a statement saying he also had a “positive assessment” of Thursday’s meeting although he reserved final judgment until the government offered more specifics on its plans.

López added that he’d mentioned the ban on gambling advertising and sponsorship in Italy’s infamous Dignity Decree, which official data showed had not only failed to reduce gambling participation but ultimately drove gamblers toward internationally-licensed sites not subject to Italy’s constraints.

López also reminded the government of the need to impose “fair, equitable and proportionate regulation of the reality of gaming in Spain,” citing research that showed the country had one of the lowest problem gambling rates in Europe.