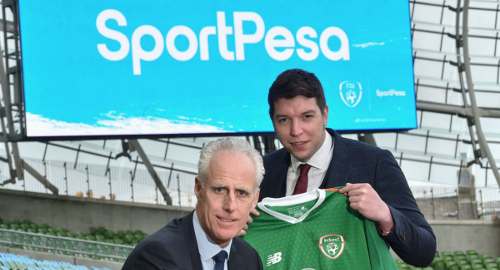 Sports betting operator SportPesa has lost its sponsorship agreement with the Football Association of Ireland (FAI) after the sports body came under heavy criticism from anti-gambling campaigners.

This weekend, the FAI announced that it had called time on its two-year SportPesa sponsorship deal, despite the deal being less than one year old. The FAI said it made its decision after “re-evaluating its partnership portfolio” and “shifting priorities.” The FAI thanked SportPesa for its “professionalism over the course of this deal.”

SportPesa issued its own statement saying that the decision to “mutually terminate” the contract ahead of schedule was the result of “discussions between the two parties.” SportPesa added that “as an organization that takes responsible gambling incredibly seriously, we understand the new approach taken by the FAI toward its partnerships with those in the gaming sector.”

The FAI’s SportPesa deal was subject to intense criticism from anti-gambling campaigners who felt the body was improperly promoting betting. The decision to forego SportPesa’s sponsorship cash came despite the body being so cash-poor that it was forced to accept a €20m financial assistance package from the Irish government last week.

The gaming industry’s relationship with sports is under fire in numerous markets, including the UK, due in part to some operator’s social responsibility missteps and an increasingly unhinged media approach that views any action by gambling operators as an existential threat to society.