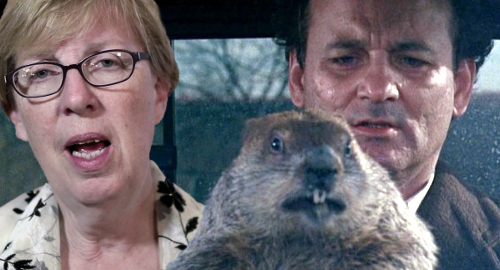 Groundhog Day isn’t until Sunday, but Connecticut’s ‘new’ gambling expansion bill may have already seen its shadow and dove back into its hole.

On Wednesday, Connecticut state Sen. Cathy Osten released An Act Concerning Jobs In And Revenue From The Gaming Industry, a nearly identical proposal to the one Osten released under the same name last summer. The only major difference is a proposal to divert $88m of the state’s share of the new gaming revenue to municipalities to offset property taxes.

To refresh your memory, the bill(s) would allow the state’s two gaming operators – the Mashantucket Pequot and Mohegan tribes – to offer sports betting, online gambling, open a new casino in Bridgeport plus three small satellite venues and push forward with plans to build a joint venture casino in East Windsor. The state lottery would be allowed to sell draw tickets online along with ‘iKeno.’

Not surprisingly, the state’s gaming stakeholders have staked out the exact same positions they took last year. The tribes essentially like what they hear, off-track betting operator Sportech objects to the tribes having a sports betting monopoly and MGM Resorts says it will continue to legally cock-block any plan that doesn’t allow them to compete for the right to open a Bridgeport casino.

The Mohegan tribe did offer indications that it may be open to sharing the sports betting rights with non-tribal operators but the Pequots’ vice-chair Latoya Cluff maintained that betting is a ‘casino game’ and the tribes’ gaming compacts gives them exclusivity over all casino games in return for a 25% share of their slots revenue.

Pro-expansion legislators are impatient to see their state join the intrastate betting/iGaming wave and their bill would give Gov. Ned Lamont only until October 1 to rewrite the state’s tribal gaming compacts to incorporate the new options. Lamont, who found little to love in Osten’s 2019 bill, issued a statement saying his office was reviewing the new bill and would discuss the matter during the current legislative session.