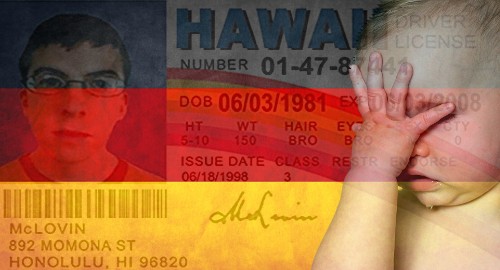 German-facing online gambling operators are coming under fire for failing to verify customers’ ages when they register online accounts, according to a watchdog group.

Last week, the Bavarian Consumer Center announced that tests of five online gambling sites – bet-at-home.com, betsafe.com, bet3000.de, sports.bwin.com and tipico.de – showed that “minors can easily register with the wrong date of birth” and thereby “get unhindered access to sports betting and gambling on the internet.”

The tests, which were conducted between October 28th and November 15th 2019, involved members of the watchdog group who registered with the gambling sites using an incorrect date of birth to make them appear to be of legal age. The members than made deposits using Paysafecard PINs that were purchased anonymously at retail locations and proceeded to place wagers.

The watchdog claims that no age verification was performed during registration, depositing or placing of wagers. The only age verification came when an attempt was made to withdraw money in a customer’s account. Watchdog team leader Tatjana Halm called this “an absurd situation” in which gambling operators “collect the money from minors, but may not distribute any profits to them.”

There have been better times for any German-facing operator to be publicly shamed in this fashion, given the market is transitioning to a new temporary betting licensing regime and aspiring licensees are under orders to mind their Ps and Qs if they wish to stay in regulators’ good books.

DRAFT OF PERMANENT BETTING TREATY LEAKED
Germany’s famously fractious states are trying to craft a permanent federal gambling treaty by July 1, 2021, and German media recently reported on a leaked draft of these negotiations.

Among the draft’s provisions is a requirement for online operators to connect to a central monitoring system to ensure that customers who wish to wager are who they say they are (which would presumably eliminate issues like the aforementioned age verification kerfuffle).

Fights have reportedly already broken out between states over who will get to host the servers that will monitor online activity. Baden-Württemberg, Hesse, North Rhine-Westphalia and Schleswig-Holstein have all reportedly expressed interest in playing the daddy who gets to oversee online wagering.

The draft suggests that Germany may yet drop its current prohibition of online casino gambling and in-play sports betting, although the latter would likely end up with strict limitations, including no wagering on the over/under number of goals scored in any football match.

Bettors would be prohibited from logging on to two betting sites simultaneously, apparently to prevent them from price-shopping for the best live odds. And the €1k monthly spending limit in the current stopgap treaty would continue to apply, except that limit would apply not just to a bettor’s spending with a single site but across all gambling licensees.

The draft also calls for a ban on television advertising between 6am and 11pm and a complete ban on betting ads during live sports broadcasts. It’s unclear what this approach would mean for operators who sponsor German sports teams or leagues.

This stew is far from finished cooking, so all details are likely to undergo significant revision over the next 18 months. Given Germany’s history in this area, there’s also the distinct possibility that no consensus will be reached and the market devolves into a hodgepodge of state-specific regulations. Watch this space.