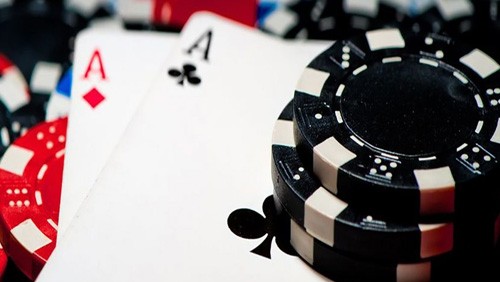 Virginia may not quite be ready to expand its gambling market, but plans for a casino resort in the city of Norfolk are moving forward, anyway. The state’s Pamunkey Indian tribe presented a proposal to the city to build an upscale resort last year, and the City Council apparently liked what it saw. According to a statement from the tribe, it has now signed definitive agreements for land use and gaming with city officials.

The resort, which will be operated as a commercial venue and not strictly a tribal property, will be located on just over 13 acres of land near Harbor Park. The new deal with Norfolk’s City Council gives the tribe approval to purchase the land at $750,000 an acre – more than $10 million total – and spend another $200 million on the construction. That figure is down from the initial $700 million the tribe had expected to spend.

The drop in investment could come from the fact that this is the first time the Pamunkey tribe has attempted a gaming facility. However, it isn’t going to go into the project blind. It has teamed up with Jon Yarbrough, the founder and former CEO of Video Gaming Technologies (VGT). VGT was purchased by Aristocrat Leisure in 2014 for $1.3 billion, and Yarbrough had a long history of helping tribes launch casinos across the country.

In talking to the Richmond Times-Dispatch, Yarbrough explained, “I have worked with countless tribes and I know what it takes for a project like this to be successful. I am confident that with the Pamunkey tribe’s strategic approach, resolve and sense of community, coupled with our financial strength, they can bring about a number of projects of which the tribe and the Commonwealth can be proud.”

Just because Norfolk’s City Council said yes, this doesn’t mean that the project has been completely greenlighted. For that to happen, the state’s General Assembly needs to first approve commercial gambling legislation. After that, local residents have to sign off on the proposal, as well. However, Norfolk feels confident that there won’t be any major roadblocks, and Norfolk City Manager Dr. Larry Filer asserts, “I am pleased to announce that we have reached mutually agreeable terms with the Pamunkey Indian Tribe to pursue a resort project that will conform and comply with commercial gaming legislation being considered in Virginia.”

The land and building investments are just the beginning of the expenses for the tribe, but there will be many more. It is going to be on the hook for construction of the Elizabeth River Trail so it can allow travel around the property, and the Pamunkey tribe will also have to pay costs related to other transportation issues, utility improvements in the area to support the venue and flood mitigation.

Since the venue is to be defined as a commercial venue, and not a tribal one, there will also be substantial tax implications. The level of taxes paid has yet to be established, but the casino will have to pay taxes on all of its operations, as well as property and admission taxes.