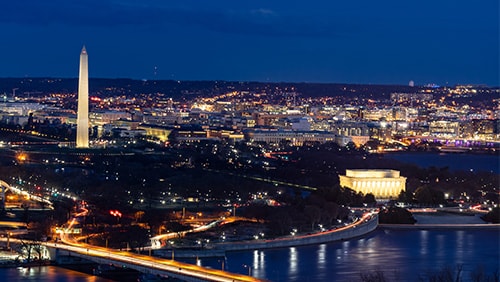 The trigger hasn’t even been pulled on casino operations in the state, but several Virginia cities are anxious to get in on the action as quickly as possible. Hard Rock International is already working with a gaming company to launch a venue in Bristol, and the City of Danville is now looking to not get left behind. It has opened up a platform for casino operators to submit their interest in building a venue in the city.

In a notice posted on the city’s official website, city officials have issued a request for proposal (RFP) from companies who might consider building a casino in Danville. The responses are key to evaluating the value, both economic and civic, of a local gambling facility, as well as to determine who might be the most appropriate gaming partner.

There are five cities in Virginia that have already been targeted as possible locations for a casino, but lawmakers haven’t even put the final pieces of the puzzle together yet. They passed legislation earlier this year that was a huge leap forward, but the bill stipulates that legislators revisit the issue in the next session before a final decision is made at the state level.

Even if approval were found at that level, there is still another obstacle that might prove to be difficult to overcome. State voters have to weigh on the subject, as well.

The Danville City Council hasn’t formally gotten behind a local casino effort, either. The RFP will help in the decision-making process, and City Manager Ken Larking explains, “We anticipate multiple companies will be interested. As they compete to do the business here, we will be evaluating several criteria, including their experience, the number of jobs their project would create, and other amenities it would include.”

Those companies interested in launching a casino in the city can submit a maximum of two proposals, one of which, by the RFP guidelines, has to be either the White Mill or Schoolfield site. These are both owned by Danville’s Industrial Development Agency.

Larking adds that city officials are responsible for determining that a casino, if allowed, meets with the goals of the city and its residents. He explains, “Being able to answer the question ‘how’ this new business activity will be implemented goes hand in glove with the overriding question of ‘will’ this new business activity be allowed in the city; which the voters will decide.”