Asia’s largest casino junket operator, Suncity Group Holdings, just completed its acquisition of a controlling stake in Suntrust Home Developers, the entity established to build a casino resort in the Philippines. In making preparations for the purchase, the casino operator announced last November that it would seek to forego shareholder input to expedite the move, but it apparently still caught some people off-guard. Regulators in the Philippines are now interested in taking a closer look at the deal, and whether or not minority shareholders were wrongfully excluded from having a say in the matter. 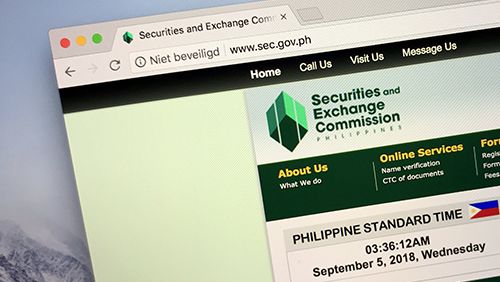 According to local media outlet Philippine Daily Inquirer, the secretary of the country’s Securities and Exchange Commission (SEC), Arman Pan, believes that the shareholders should have been offered a chance to speak up prior to the completion of the purchase. He acknowledges that the SEC is “aware of questions raised over the non-conduct of a mandatory tender offer for the minority shareholders of Suntrust Home Developers Inc following the acquisition by Suncity Group [Holdings] of control of the listed company.”

The commission has regulations set up that cover precisely this type of action and Chapter 19 of its rules states that “any acquisition that would result in ownership of over 50 percent of the total outstanding equity securities of a public company, the acquirer shall be required to make a tender offer… for all the outstanding equity securities to all remaining stockholders of the said company at a price supported by a fairness opinion provided by an independent financial advisor or equivalent third party.”

Suncity doesn’t believe Chapter 19 applies, according to comments made by Pan, because it purchased Suntrust’s stake on the open market. Subpoenas have reportedly now been issued to the Philippine Stock Exchange (PSE) in order to have records pertaining to Suncity and Suntrust, and the recently-consummated acquisition, scrutinized.

Suntrust is the entity responsible for a new casino resort at Westside City Resorts World, a massive project in Manila’s Entertainment City. Westside, which is being directed by Travellers International Hotel Group, and Suncity inked a deal last October that would see the latter run the operations once the venue went live. Initially expected to occur two years ago, the project is now scheduled to be complete sometime in 2023.